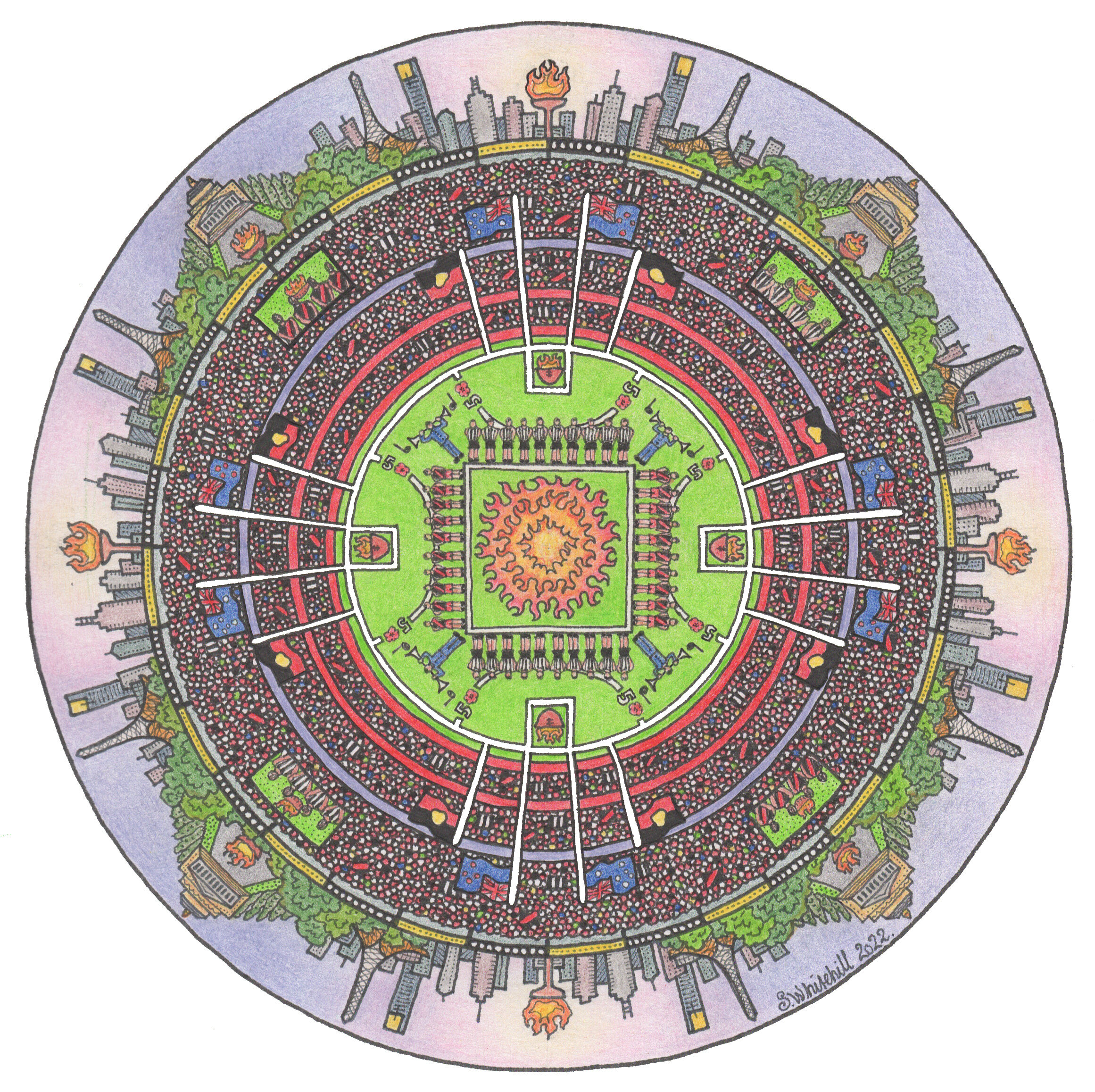 On the 25th of April this year, 2022, I went to the MCG with my niece Mia, to watch the AFL Anzac Day clash between Essendon and Collingwood. We're both Bombers supporters and were lucky to be given tickets at the last minute when some friends of hers tested positive for covid.

Unfortunately a feisty Collingwood team was too good for us on the day, though it was a good contest and anyones game until late in the match. But the Anzac Day clash is about more than just football. We were both just delighted to be there on a warm late-April day, to take in the pre-game entertainment, the ceremony, the haunting notes of a solitary bugle filling us with 'The Last Post', and the reflection and the respect of a minutes silence before the game.

It occurred to me that should I capture the day in a mandala and as usual, I've adopted some artistic license, removing the lights from the light towers and replacing them with the eternal flame... and of course the Shrine of Remembrance is not so prominent on the Melbourne horizon as it is here... but was so significant to the day, as we remembered and appreciated all those whom had fought and fallen in the defence of our homeland.