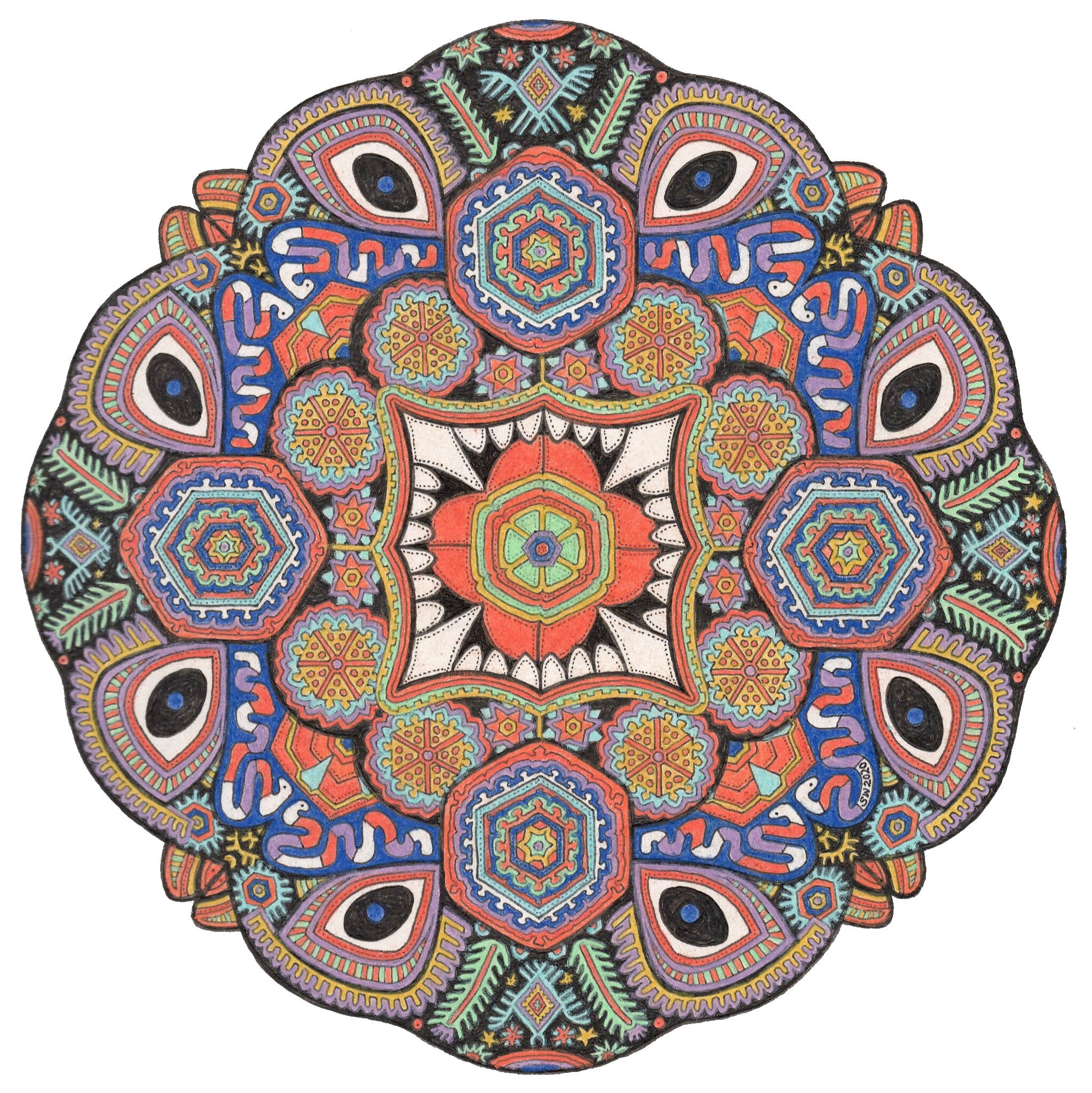 This mandala is called Bead Jaguar and was inspired by an indigenous artwork at the Mexican National Museum which I visited in December, 2019.

As you can imagine, the species is threatened by habitat loss and hunting, so they are mostly found in protected parks and reserves, and in the more remote, untouched parts of the interior. It wasn't until I'd spent some months in Costa Rica and cultivated the strong sense that it was very unlikely I would see a jaguar in the wild, that I decided to create a drawing from the artwork I'd seen in Mexico City earlier in the trip.

You could easily argue that the artwork is gaudy and kitsch, but I liked it, and after all, we mustn't be too snobby about these things. Not everyone has access to liquid bronze...

I later (2021) saw a small jaguar in the Simon Bolivar National Zoo in San Jose. It was muscly, brooding, on the prowl and to be frank, I didn't like to see it there, impressive as it was.