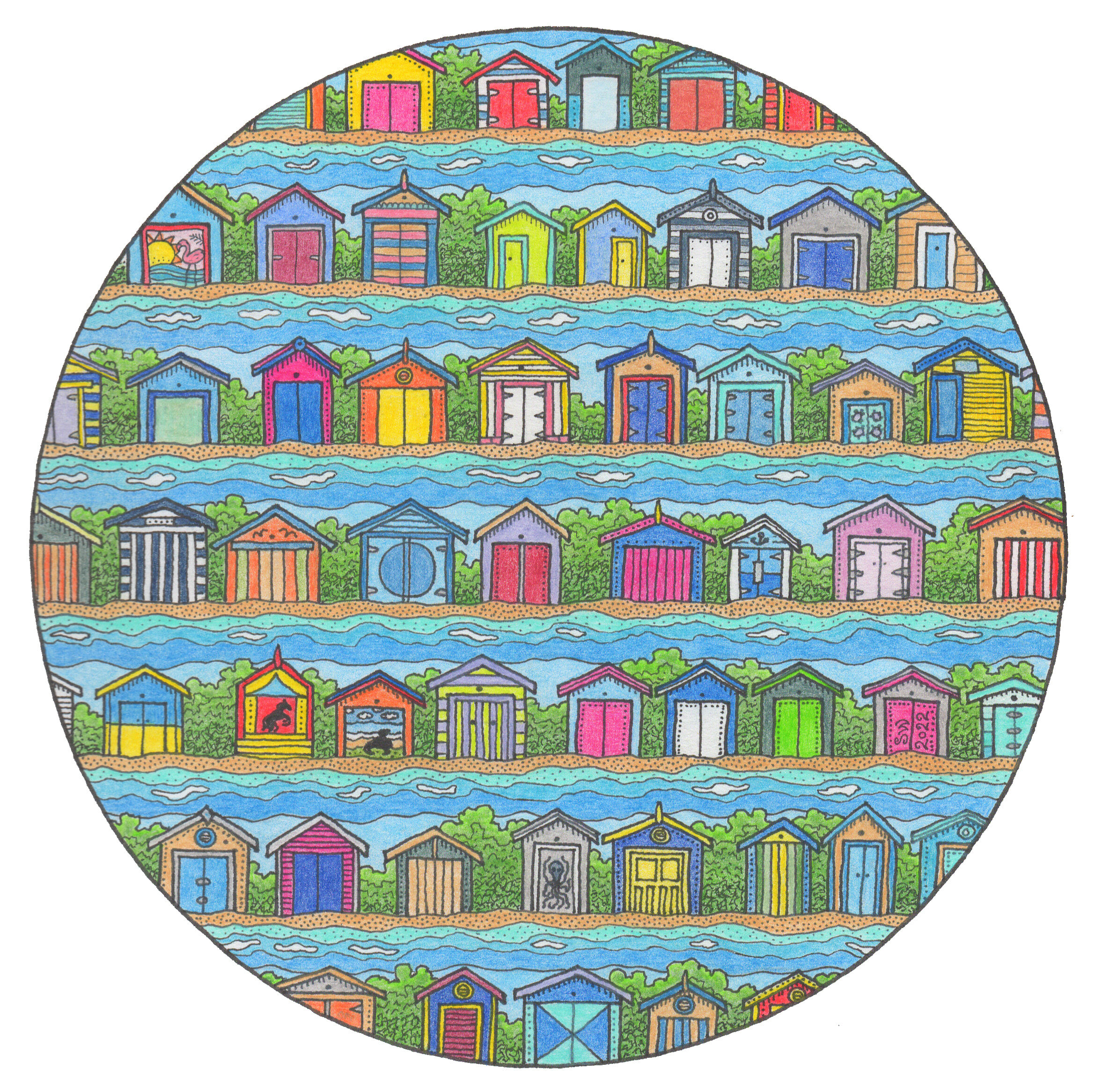 Dromana is a small village on the Mornington Peninsula on the eastern shore of Port Phillip Bay near Melbourne. I'd only ever driven through, but early in 2022 I stopped and took a stroll along the beach. I'm always relaxed when I'm on the Peninsula, and as I'm sure is the case for plenty of Melbournians, it's always felt like holidays whenever I'm down there.

There are roughly 1850 beach boxes on various beaches inside the bay, and about 240 of them are here on the Dromana foreshore, each painted with its own colour scheme, often stripes, sometimes a design. They were built during the Victorian era when people were a lot more modest about their swimming costumes and what was appropriate on a beach, apparently they were going up in England and on some European beaches too around the same time.

Anyway, they've stood the test of time and are usually very well maintained these days, and a part of the culture. In fact, in some places, they're worth the price of a house. In neighbouring village Mt Martha just a few kms away, I saw a real estate agent selling a couple for around AU$600,000 each!