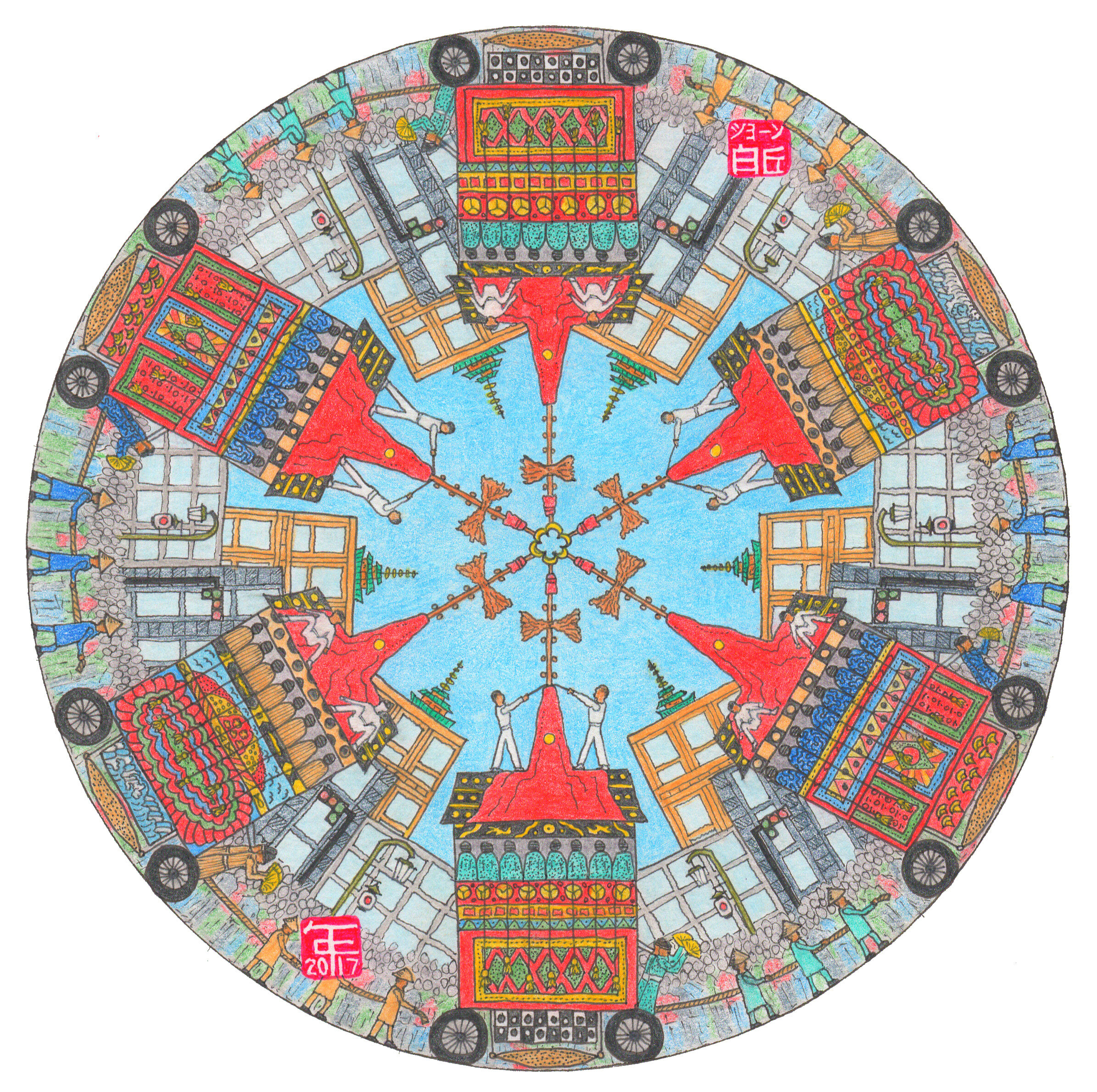 I was not a particularly organised traveller when I visited Japan, and so I really just fluked it with my timing in Kyoto. The traditional indigenous festival Gion Matsuri was underway, and although it lasts for all of the month of July, the grand parade happens on just two days a week apart.

The festival has taken place for over a thousand years, and was developed to appease the gods against disease. A few days before the first parade, a local boy is chosen to be a divine messenger, and is not allowed to touch the ground until after the procession has taken place, held aloft by various means, but most spectacularly in one of the enormous and colourful floats on the day.

There are all sorts of off-shoot events that take place around the Gion Matsuri each year too, in various parts of the town. You could do worse than head to Kyoto for July one year!