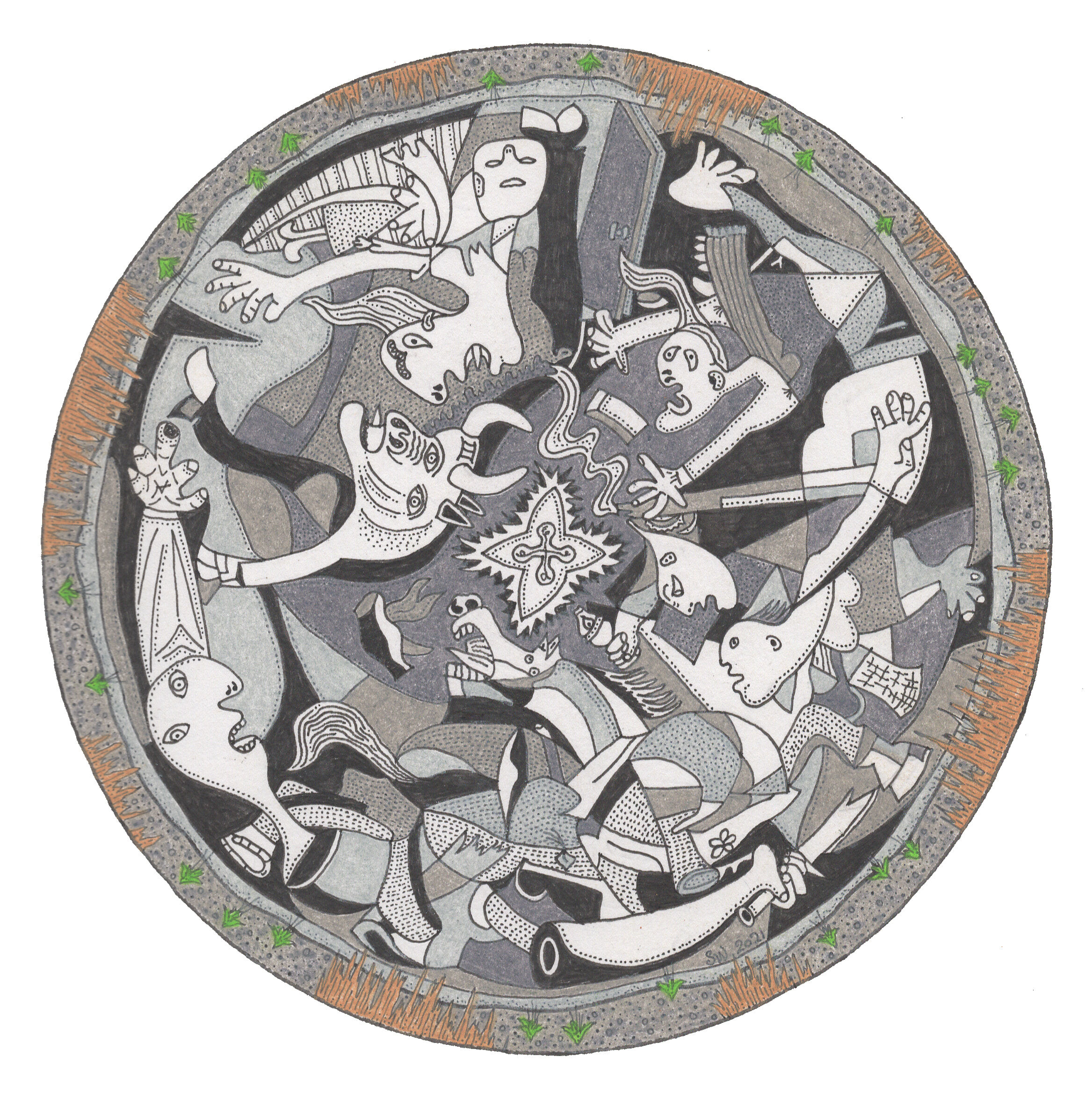 In 2016 I walked the northern route to Santiago de Compostela from Irun/Hendaye on the coastal French/Spanish border. Basque country. A few days in, I arrived in Guernika on a wet, dreary afternoon, feeling pretty exhausted. After a hot shower and some time off my feet, I ventured out into the village, home to so much history. I stumbled upon a life-size reproduction of Picasso's 'Guernica' on a common wall beside a common street.

After the walk I visited the Reina Sofia Museum in Madrid, and it certainly is a very powerful painting, grey and dismal, full of the horror of war. For those who don't know it, the town was subject to extensive bombing by Nazi Germany in 1937, but this was during the Spanish Civil War, and the bombing was organised by a local general, Francisco Franco who was trying to snuff out resistance to the Nationalist party. It was an infamous attack that killed many civilians.

In 2021, it occurred to me to see if I could push it into mandala form. A tribute, really. Why not?