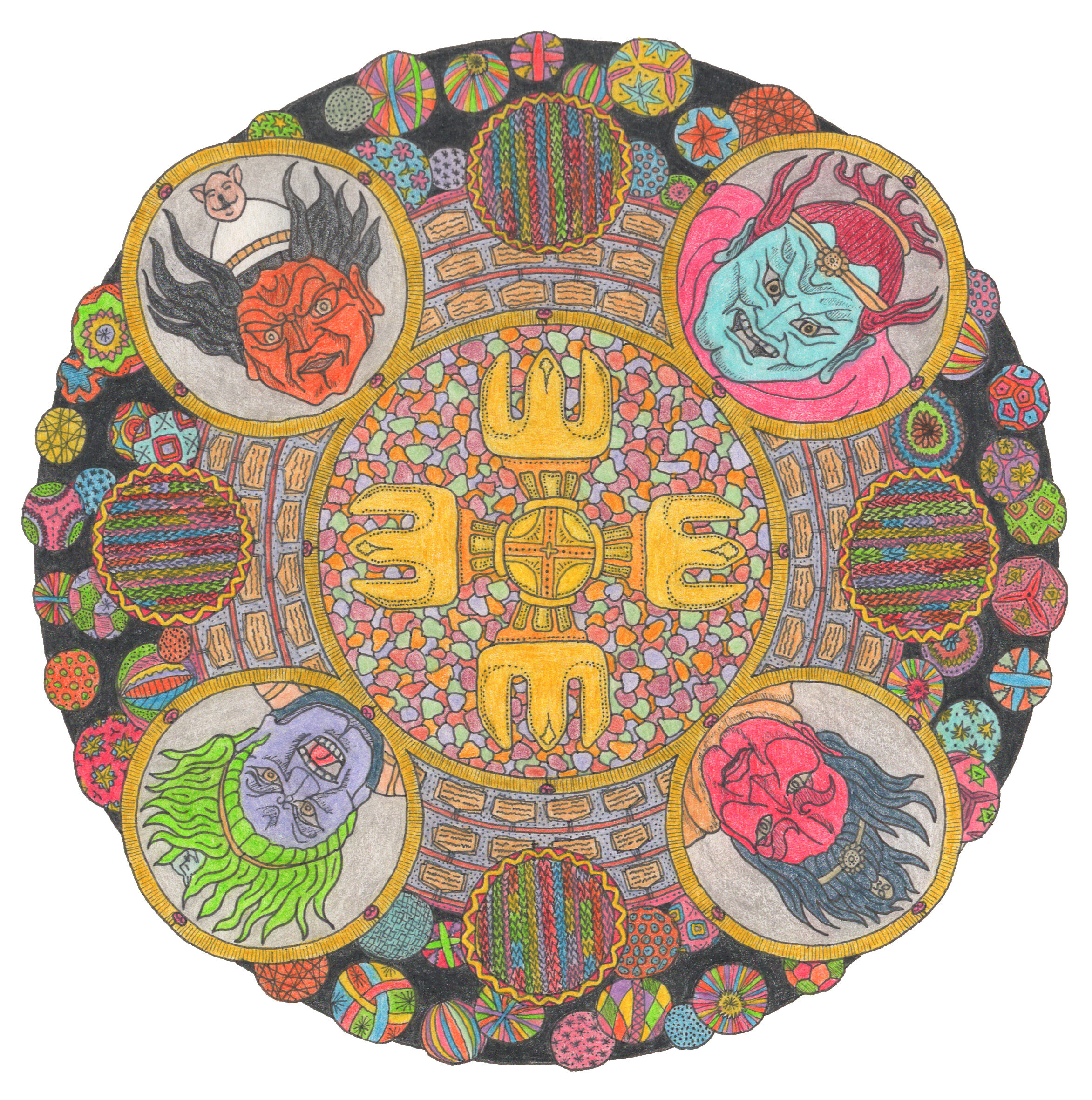 Ishiteji Temple 51 of the Shikoku 88, Japan

Ishiteji is Temple 51 of the Shikoku 88 Temple pilgrimage in Japan, and in my opinion, the most memorable. I arrived late in the morning one day, with the intention of carrying out my obligations and moving on, but there was so much to see and it was so interesting, that I decided to stay. It was just loaded with Buddhist items and paraphernalia, and many of the rooms contained items I hadn't seen at any of the other temples, and did not see again. It was compelling. It felt steeped in history, as if holding onto things from before, things that formed part of a chain that had led us into this present. It felt almost animalistic, eerie, a little unsettling.

It was old. Many of the buildings felt a bit neglected, but there was a huge upstair space that had been set aside for pilgrims with several futons rolled up on the floor, so I was happy to use one and create my own space there. I spent my afternoon drawing and exploring the site, taking photos of its unique qualities and recovering from another day on the trail.