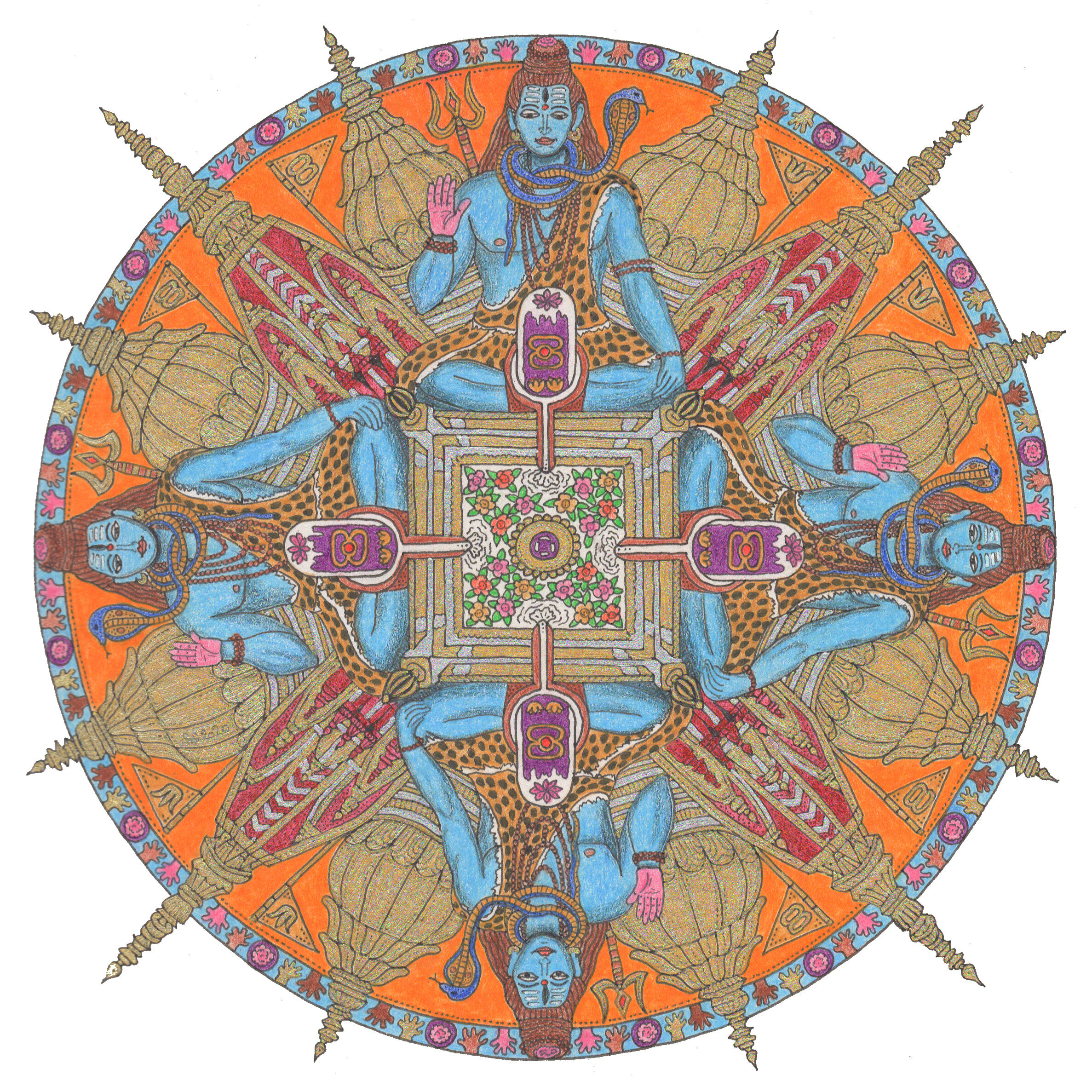 So Varanasi in India is enough of an eye-opener as it is, with the incredible Ganges River pumping its silt laden waters through its heart, with its busy ghats and ceremonies, its riverside cremations and general busyness. But Kashi Vishwanath, a Hindu temple, takes the cake.

I lined up for perhaps a half hour, as the temple grounds were relatively small and the number of visitors and tourists very high. I was not allowed to take my camera in or take any photos with my phone. Inside was a hubbub of energy, with people carrying out their prayers and making their offerings to Shiva, the blue god to whom the temple was dedicated.

In one area, a square 'bath' was being filled with flowers and what looked like milk by a small crowd of people who were leaning in and rubbing the phallic, dome-topped column that rose from its centre... which did indeed turn out to be a phallous, more specifically, Shiva's lingum. One guy was literally giving the thing a hand job with both hands, and so frantic! Like the way India is multiplying in general. Far out India, just slow down a bit!

Much of the rest of the temple was fairly normal for a Hindu temple, with its little nooks and crannies for offerings and its surfaces stained and covered with countless layers of oil and wax. Not a place to forget in a hurry.