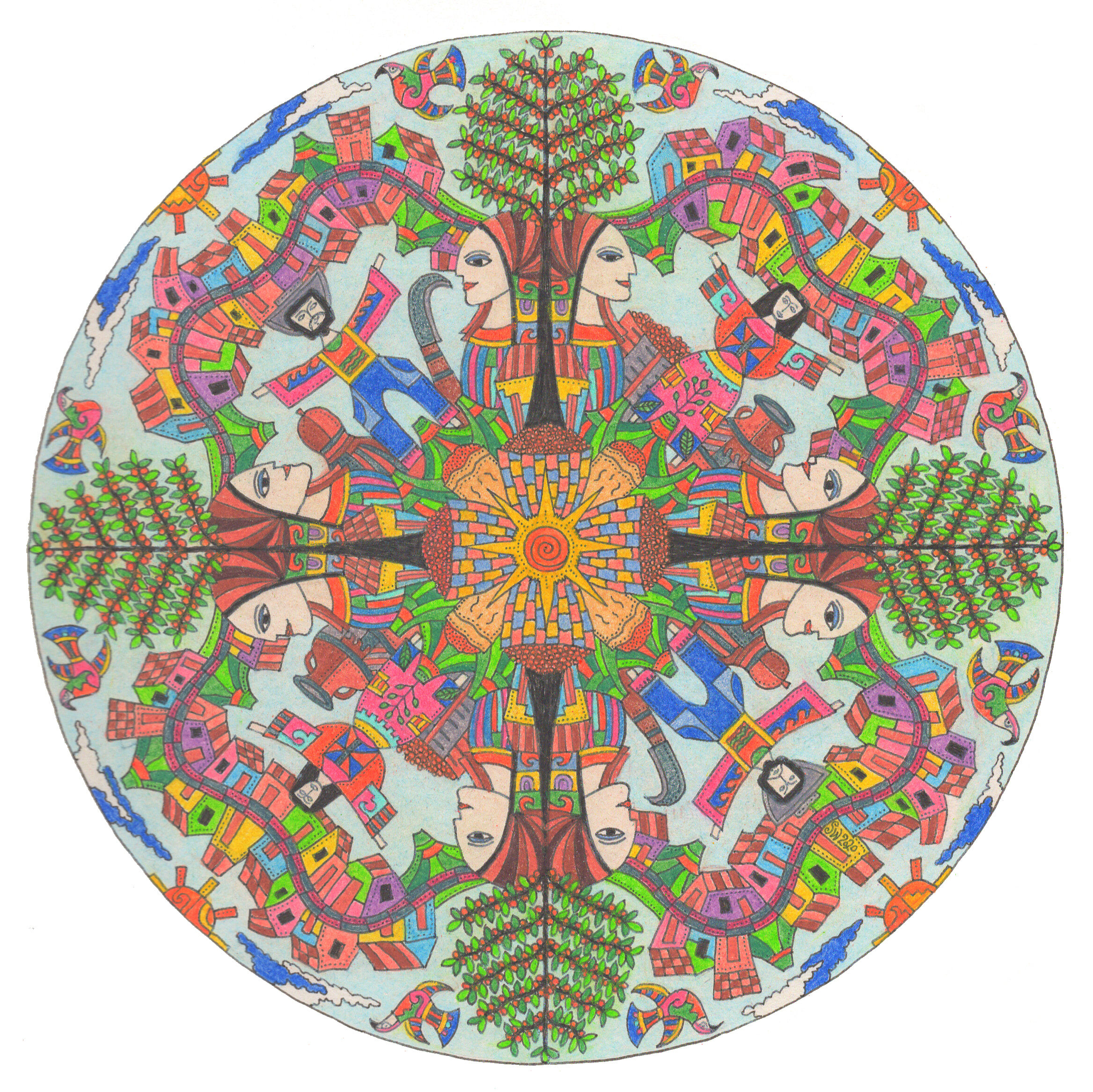 La Palma is a small village in the mountainous far north of El Salvador, just a few km's from its border with Honduras. Should you visit, you may well find yourself as the only tourist there. But it's well worth it.

The town is a tribute to one of the country's best artists, Fernando Llort, who was in fact dubbed by many as Salvador's National Artist. Llort moved around as a young man, spending time in France, Belgium and the USA. By the time he returned to El Salvador, the country was in civil war, so Llort escaped the unrest of the capital where he was born, San Salvador, and took several other artists with him to La Palma. There he taught many locals to draw, most adopting his very distinctive, colourful, geometric style.

So most surfaces in La Palma today are covered in murals of the wildlife and culture of the area. La Cafeta is no different, its facade covered in the style of Llort. Within, you'll find a very good coffee, a yummy snack... and if indeed you're the only tourist in town, a brief respite from the curious eyes of the street!