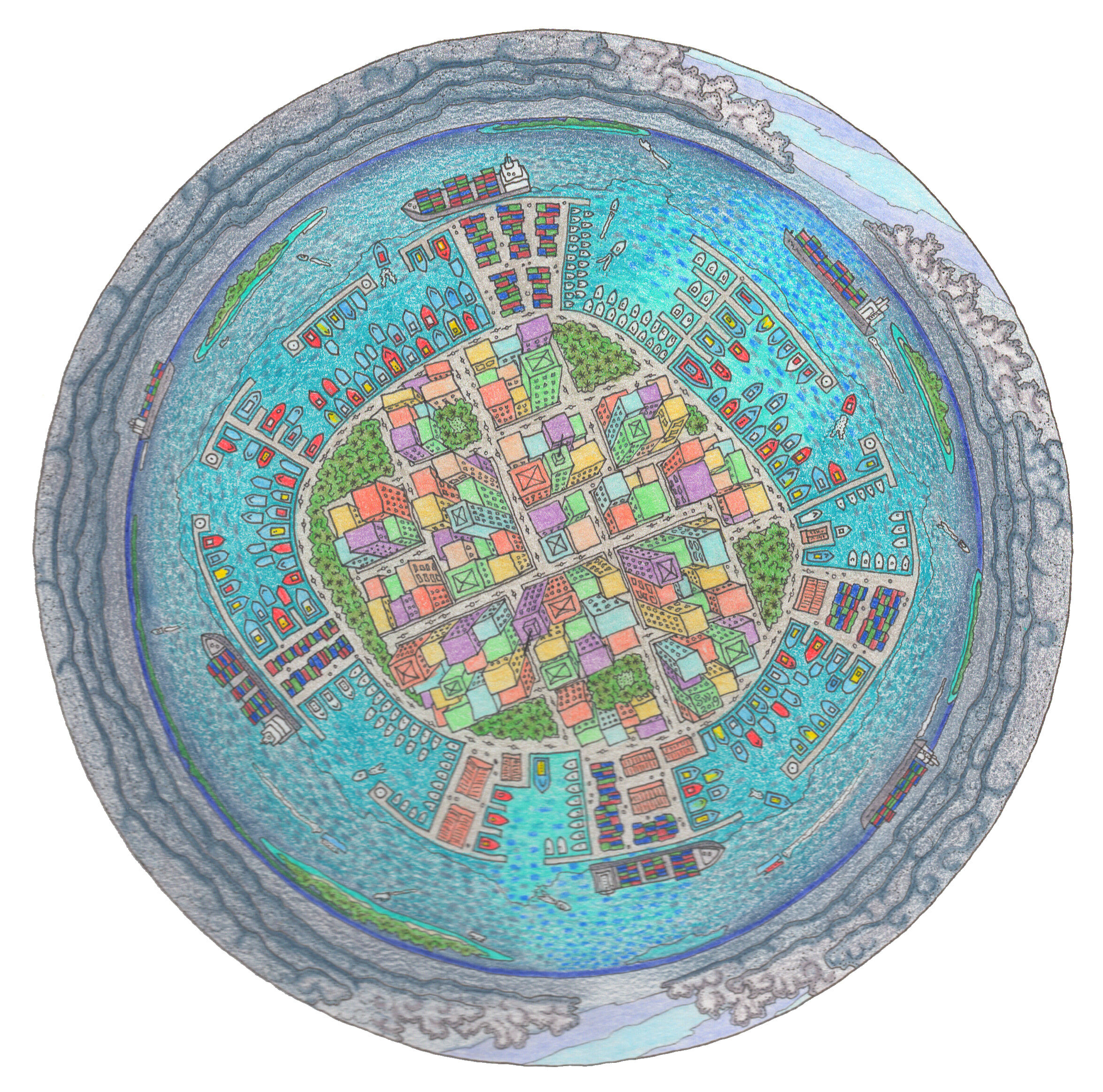 Male City is the capital of the Maldives and occupies one of the many islands in that group. It's very densely populated, with over 140,000 people in a space you can walk around the outside of in about an hour and a half. Its buildings are tall and colourful, its streets full of cars, motorbikes and bicycles, despite its small size.

There's an outer sea wall that runs most of the way around the island, with several inlets and safe havens for boats, cargo ships, yachts and ferries, which also protects lands edge from rough seas. After all, the island is only 2m above sea level!

This day I noticed a storm brewing out to sea, so I took an elevator to the top of one of the buildings for an early lunch, hoping to have a good view on things as it came by. It was pretty impressive, spending a lot of water, but moved by quickly.