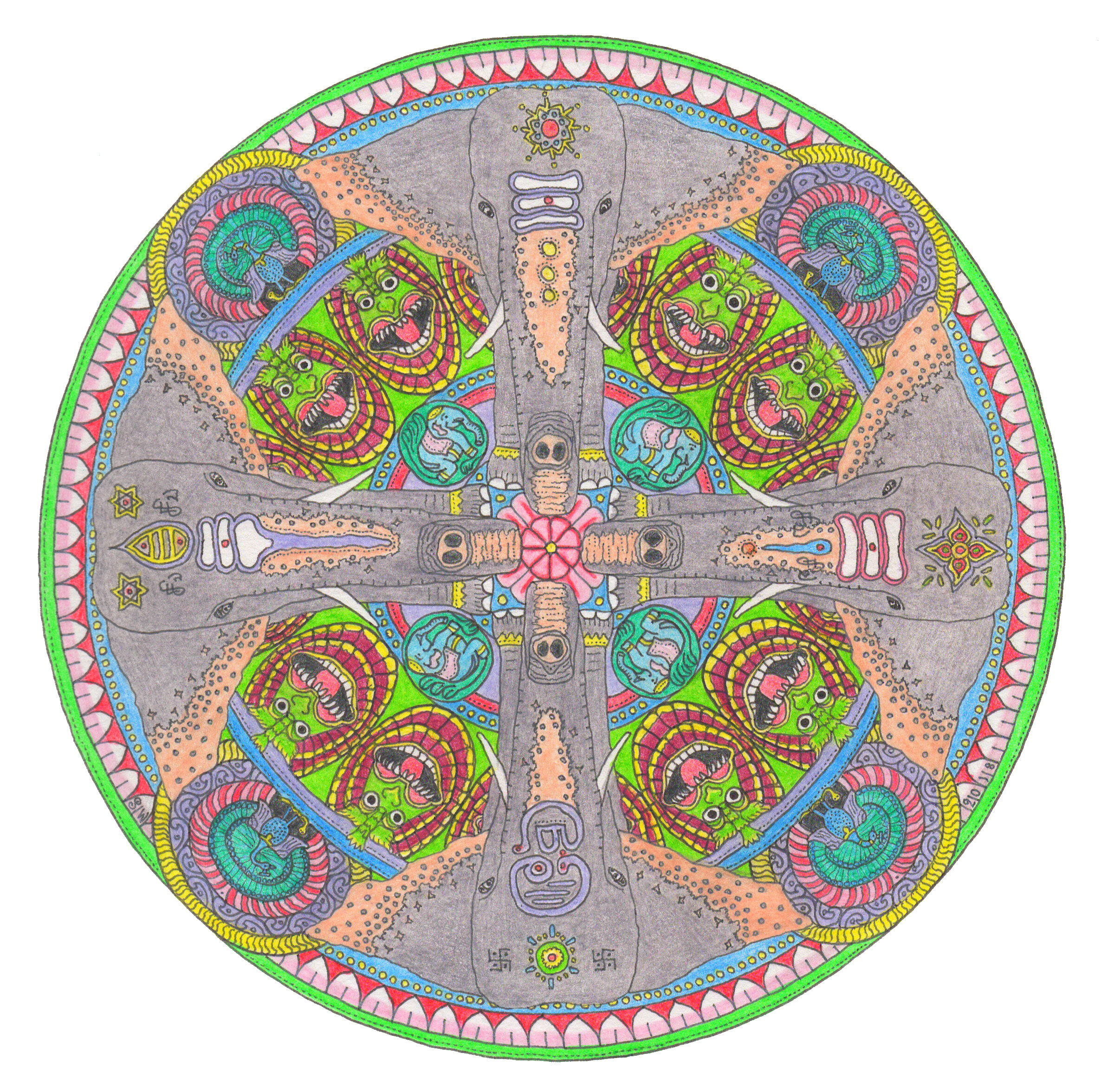 I know, I know, it's a horrible green, right? It's too bright and distracting. But these little green monsters were a part of the ornamentation on the facade of the Hindu Temple, Manakula Vinayagar in Pondicherry, amongst many other colourful things, like the peacocks. What I like about the little green monsters is, that they lead the eye so much, that half of the people who look at this drawing don't even see the 4 elephants that take up half of the picture. But I concede, it's not one of my best.

Especially for a traveller from the organised Western world, India is a fascination, its temples a chaos of colour and symbology, of wax, oil and flower offerings, places that intrigue no end and feel older than the planet itself. As with several Hindu temples Manakula Vinayagar has a holy or 'Swami' elephant, Lakshmi, who visits every evening. She is an enormous, peaceful old beast with a painted forehead, she would circle the temple with her master and stop for donations and for photos to be taken. I wasn't sure how to feel about it. She didn't look unhappy or poorly treated, though she's clearly living a life with certain expectations that she doesn't have a choice in. I can't deny however, that the traveller in me was delighted by her presence and her friendly nature.