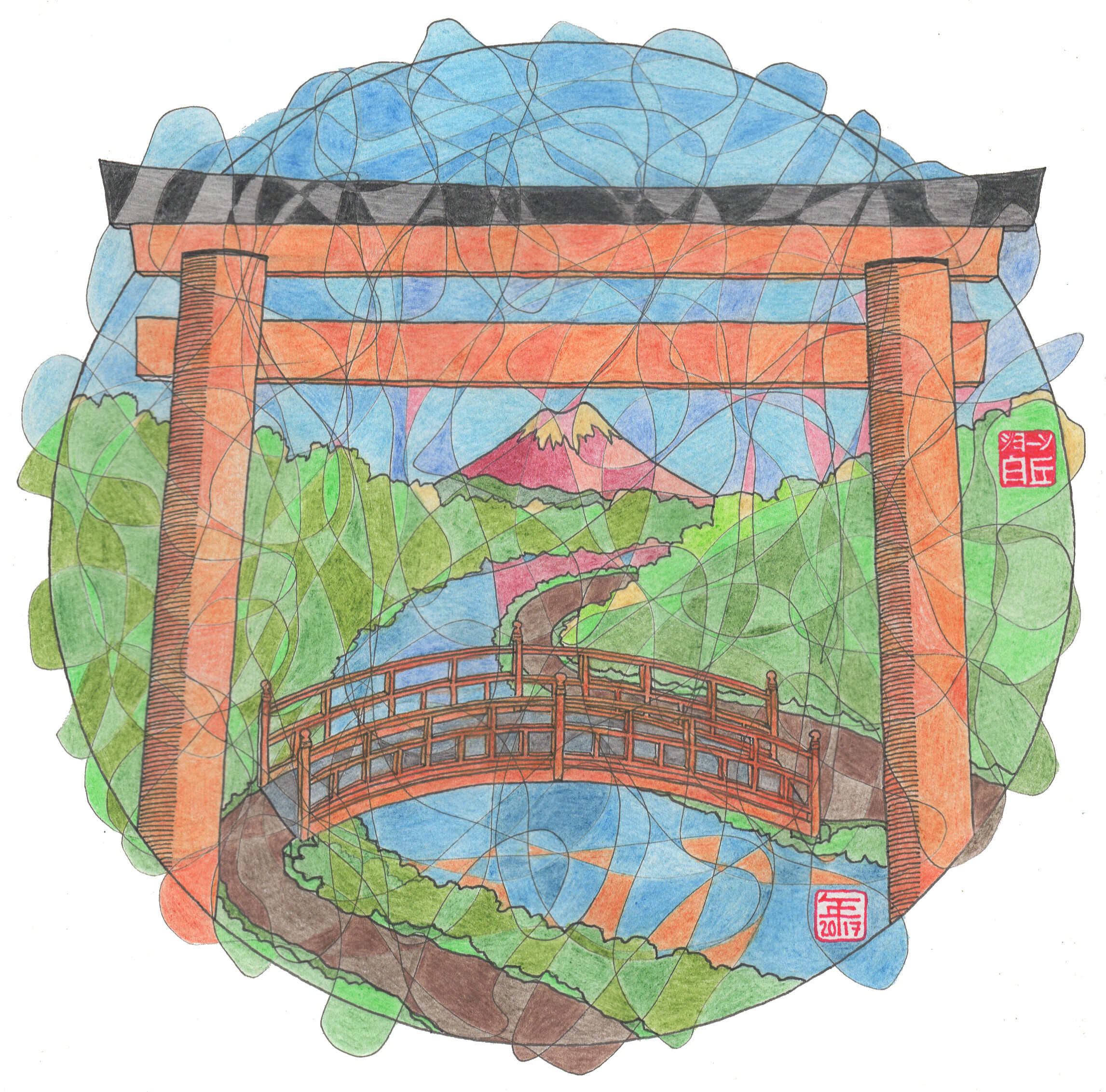 In no other country do the artists at large more carefully choose their angles and idealise their landscapes as they do in Japan. I guess I wanted to do that in my own small way at times too.

Many temples, pagodas and gates of the Buddhist and Shinto religions in Japan are so beautiful, tasteful, and iconic, and the general lifestyle and culture of those religions peaceful and serene. There are Shinto gates in so many places, including on top of Mt Fuji itself, and so after a big day of trekking to the summit of the great volcano, it later occurred to me to create a view of the mountain as seen through a gate. It's a cliche, but a common enough site all the same.