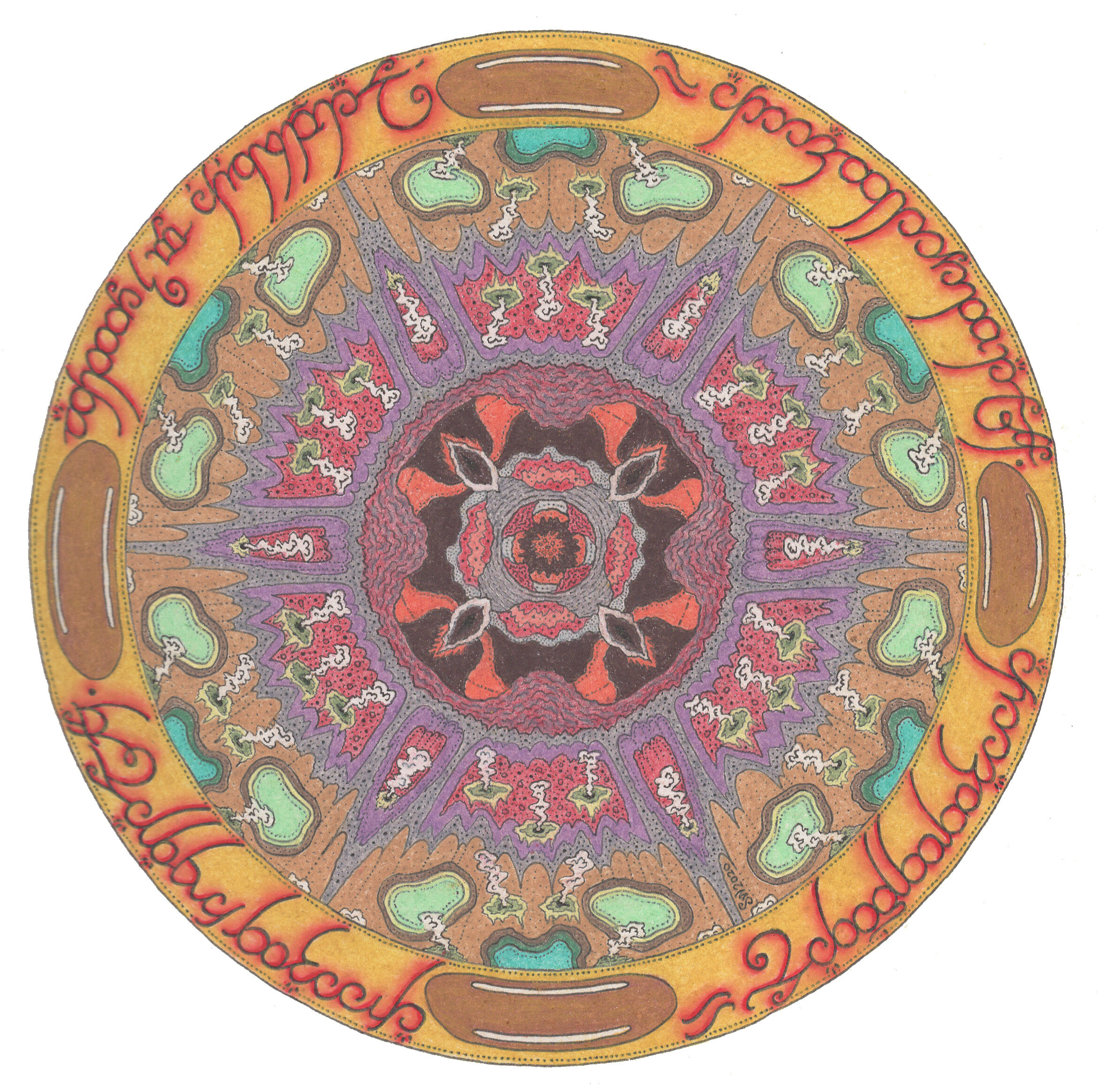 Mt Ngaruhoe can be found in the Tongariro National Park in the middle of New Zealand's north island. Most people won't know it by name, but may be more familiar with it than they realise, since this volcano was used as Mt Doom in The Lord of the Rings trilogy. Hence my clumsy representation of the ring of power around the outside of the mandala.

Tongariro is awesome. It's one of the most popular tourist destinations in NZ, it has one of the 9 Great Walks, and is just so... volcanic. It's easy to see why Ngaruhoe was used as Mt Doom, it's a volcano's volcano, so rugged and rocky, the typical cone shape that we all understand a volcano to look like, pockets of steam escaping here and there with the accompanying sulphuric smells, and the crater though relatively small, has the red and black look of burnt, volcanic violence. It's a steep climb, but not particularly tall at 2291m's.