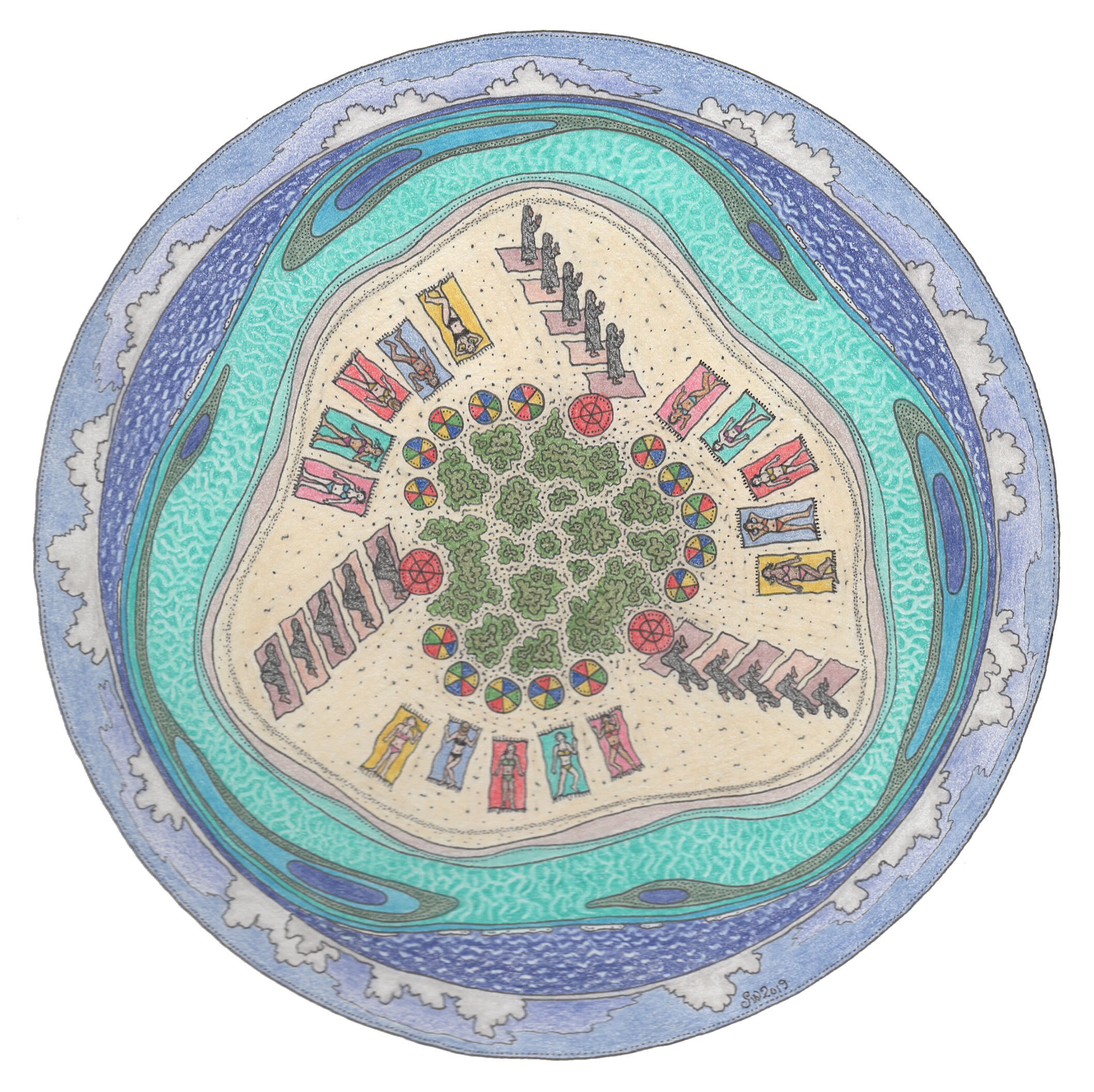 Prayer Time on the Atoll, The Maldives

The Maldives are essentially 100% Muslim. Western tourists, tend not to be Muslim at all. When I took a day tour for some snorkelling and island hopping, we arrived for lunch on a very small island, approximately 1m above sea level and the surface area of maybe half a soccer pitch. On one half of the island, 3 or 4 boatloads of tourists were setting up their umbrellas, having picnics and catching some rays in their bikinis and boardshorts, while tucked behind a few small shrubs on the other side, some Maldivian women had rolled out their mats and were going through their noon prayer rituals in long black robes and burqas. One can only imagine what they thought of us.

I'll stop short of making too much commentary about that, but lets just say that the cultural differences were... striking.