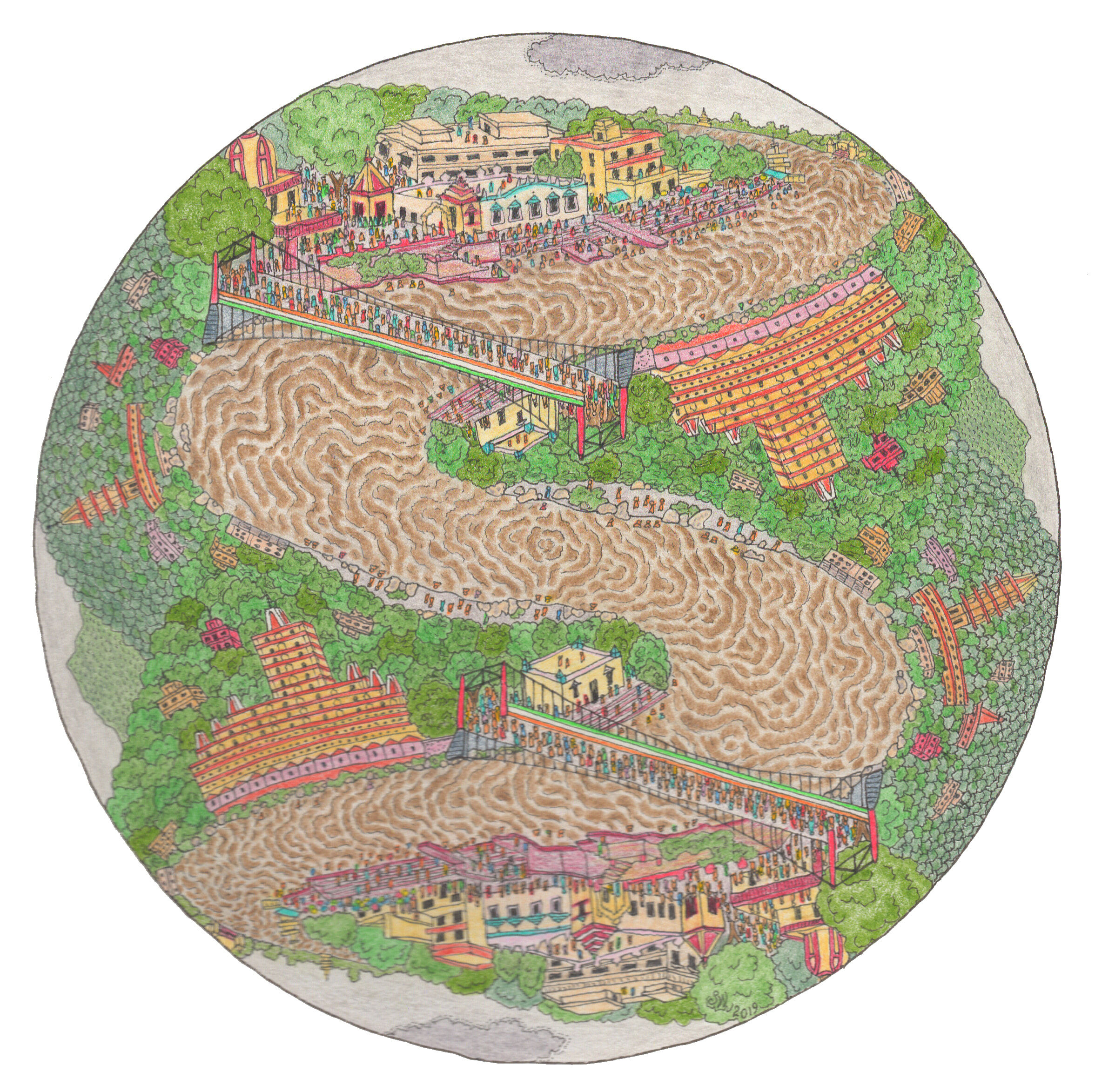 Rishikesh is a fascinating and spectacular place, huddled on the banks of the Ganges River in quite a steep valley, a gateway into the Himalayas. It can be found in the northern province of Uttarakhand and is one of the spiritual centres of India, with its temples and ashrams and daily riverside ceremonies. It's a hub of yoga teaching and meditation that lures people from all over the globe... famously The Beatles a few decades ago... and it's also a pilgrim destination.

I spent several days in a hostel in Rishikesh, where I did a little yoga and a lot of walking. I was not very well at the time so I was being very careful about what I was eating. I spent most of my time walking beside the river, as it's such an important part of the culture there, always something happening, people bathing en masse or washing clothes or whatever. The river's flow is very strong, so it's always flushing things through. I attended a couple of the evening 'aarti's' or river worship ceremonies, and they won't be forgotten for a long time.