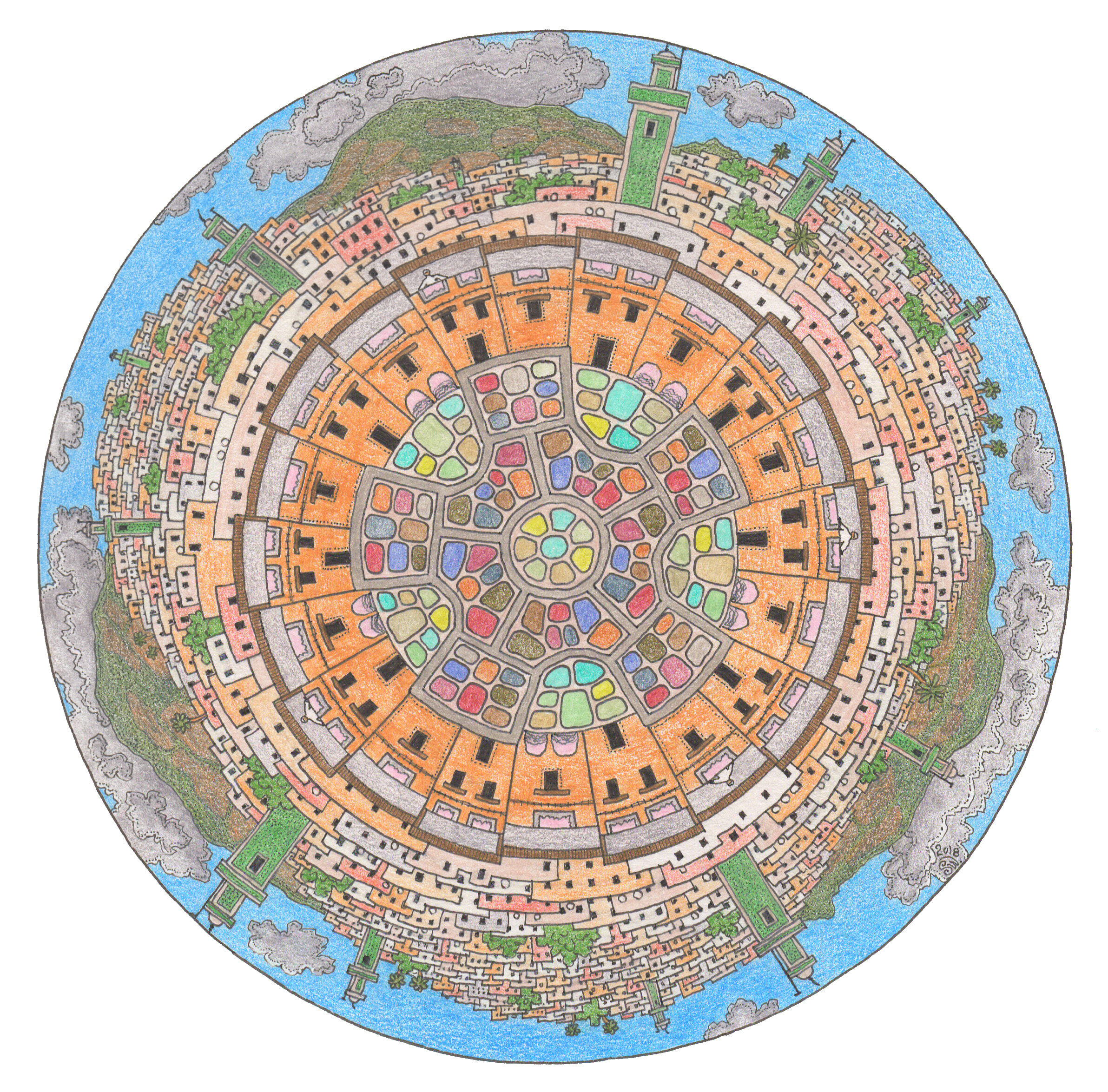 I visited Morocco with a Spanish friend in November, 2016, and one of the best parts of that trip, was the 3 days we spent in the old quarter of Fez. It was not a modern city, in fact it felt like the old world, full of culture and traditional living, and like in Chefchaouen, there was no traffic inside the medina.

We stayed in a riad (a small hotel with an inner courtyard), which was a quiet place off of the alleyways, away from the vendors and bordering chaos. One morning, we did a short tour with a one-armed gentleman, that eventually led us into a leather tannery with its enormous open-air workshop out the back. From a balcony we were able to look out over the enormous vats of coloured dyes and washes, the pelts hangings out to dry... and the spread of the city beyond, its Mosque towers protruding well above the sprawl.

It did not end there. From the tannery we were led into the leather store, full of amazingly colourful, sometimes shiny leather products. We were not obligated to buy anything, but we were made to feel obligated, the experience not without a certain pressure. Considerable pressure. In particular the leather stores and BEWARE, the carpet stores. They will ply you with mint tea and never let you go, no emotional blackmail is beneath them, so unless you intend to make a purchase, best to make it a firm 'NO'! Nice and early.