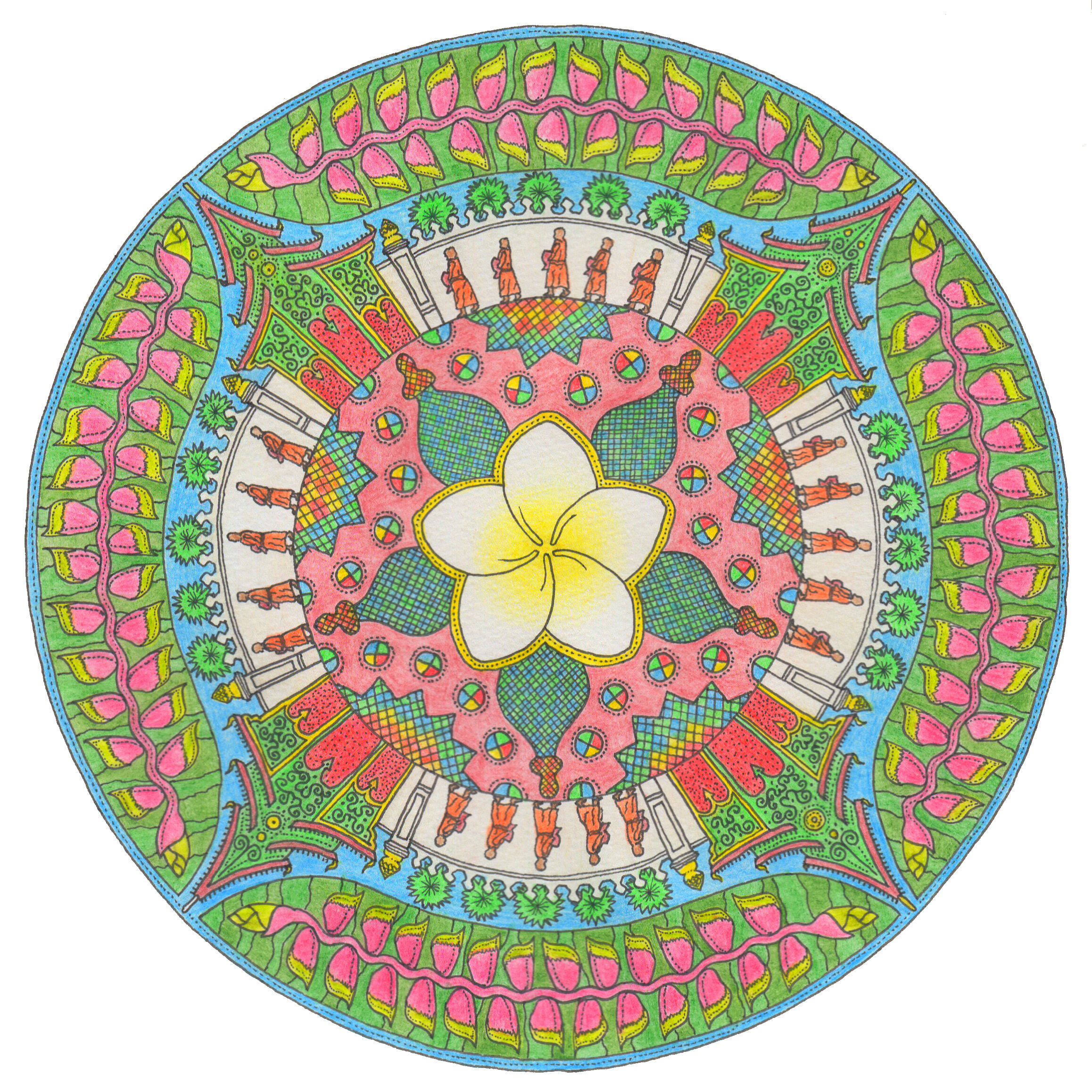 Luang Prabang is a World Heritage listed city on the Mekong River in northern Laos, small in size, but significant for its cultural history. It's just a town really, of about 50,000 people, but for many centuries it was the capital of an empire.

It has many active Buddhist temples and monasteries which are homes to hundreds of monks, who have emerged between 5 and 6am every morning for the past 400 years or so, to walk the streets and collect alms from the local inhabitants, who also wake early to prepare and offer them food as they pass with their baskets. There are tourists now, but they have the opportunity to buy various foods and snacks and add them to monks' baskets too, most of them curious and respectful.

It's such a beautiful time of the day and such a lovely, peaceful ritual, that I wanted to draw something as a tribute.