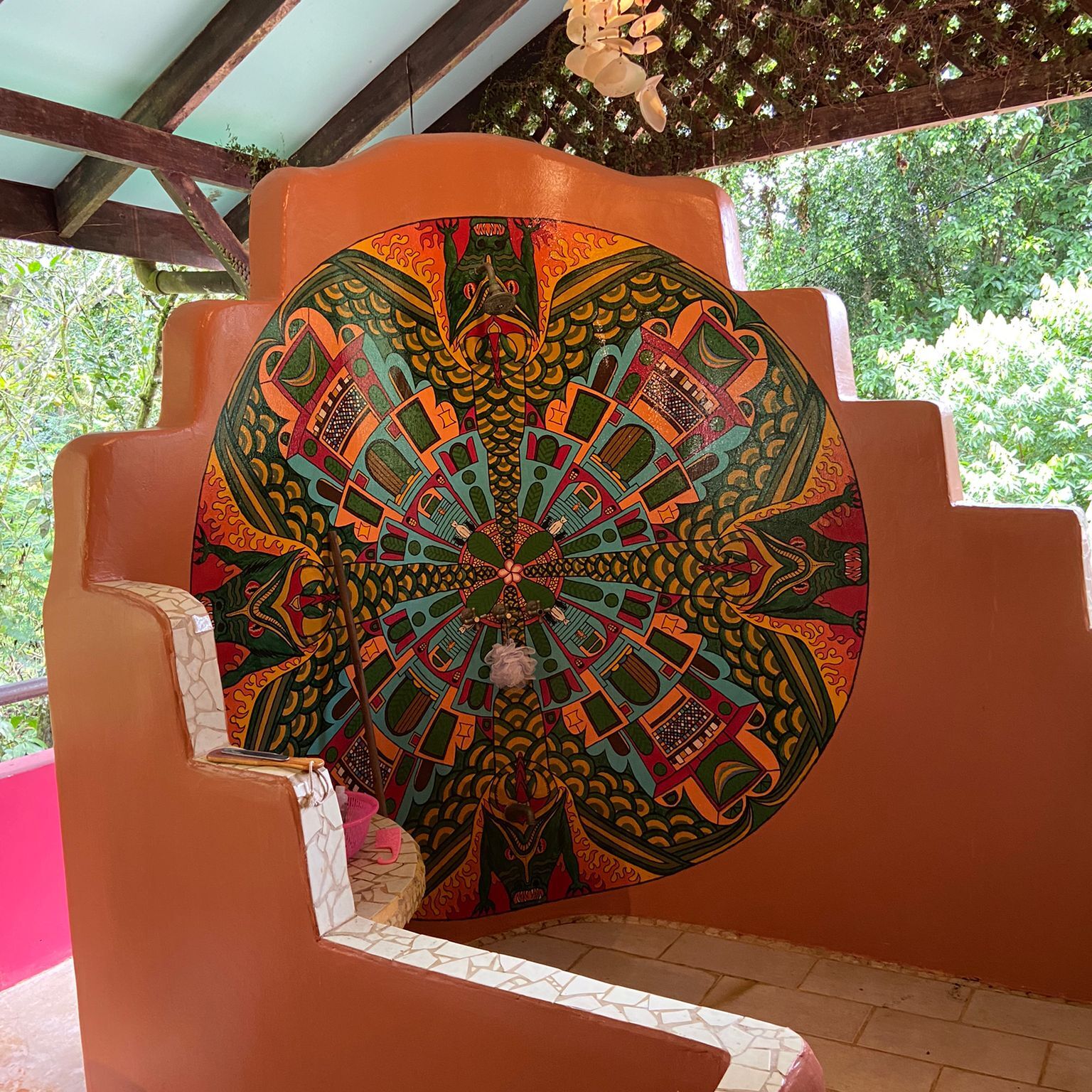 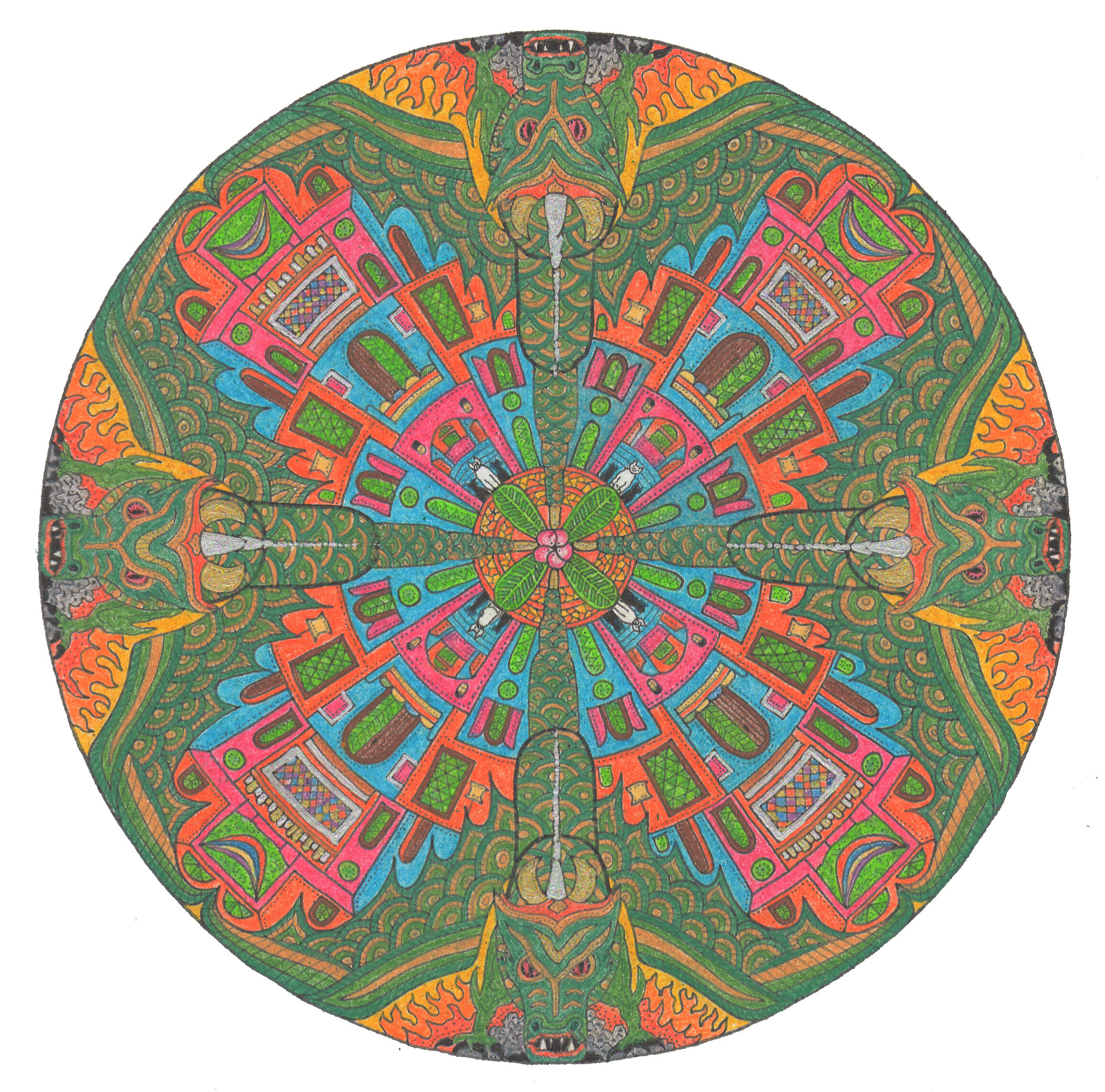 In early 2021 I was approached by Shanti, an American astrologer to create a mandala of her home, with the intention of having it painted as a mural on an unusual shower wall in her upstairs, open air bathroom. Her home is a beautiful villa called The Dragon's Lair, and is on a large property in the rainforest, about 200-300m from Playa Negra, just outside Puerto Viejo in Costa Rica.

I spent a couple of hours on the property with Shanti, taking photos and looking at some of the distinctive features of her home as I saw them... and of course, the features of the home that were important to her. After several days of 'sleeping on it', I settled on an idea, and the drawing took approximately 3 days to complete.

I didn't paint the mural for several weeks as I was travelling and she had a busy schedule too, but when finally I came to it, it took me 9 days. A slow process for sure, but an absolute pleasure. Shanti has since had the wall of the shower epoxy-d to protect the mural, and added a beautiful shell chandelier, with some warm lighting that really highlights the painting. The mural is not perfect, but the result is pretty spectacular, not quite what you might expect to see on the wall of someones bathroom! 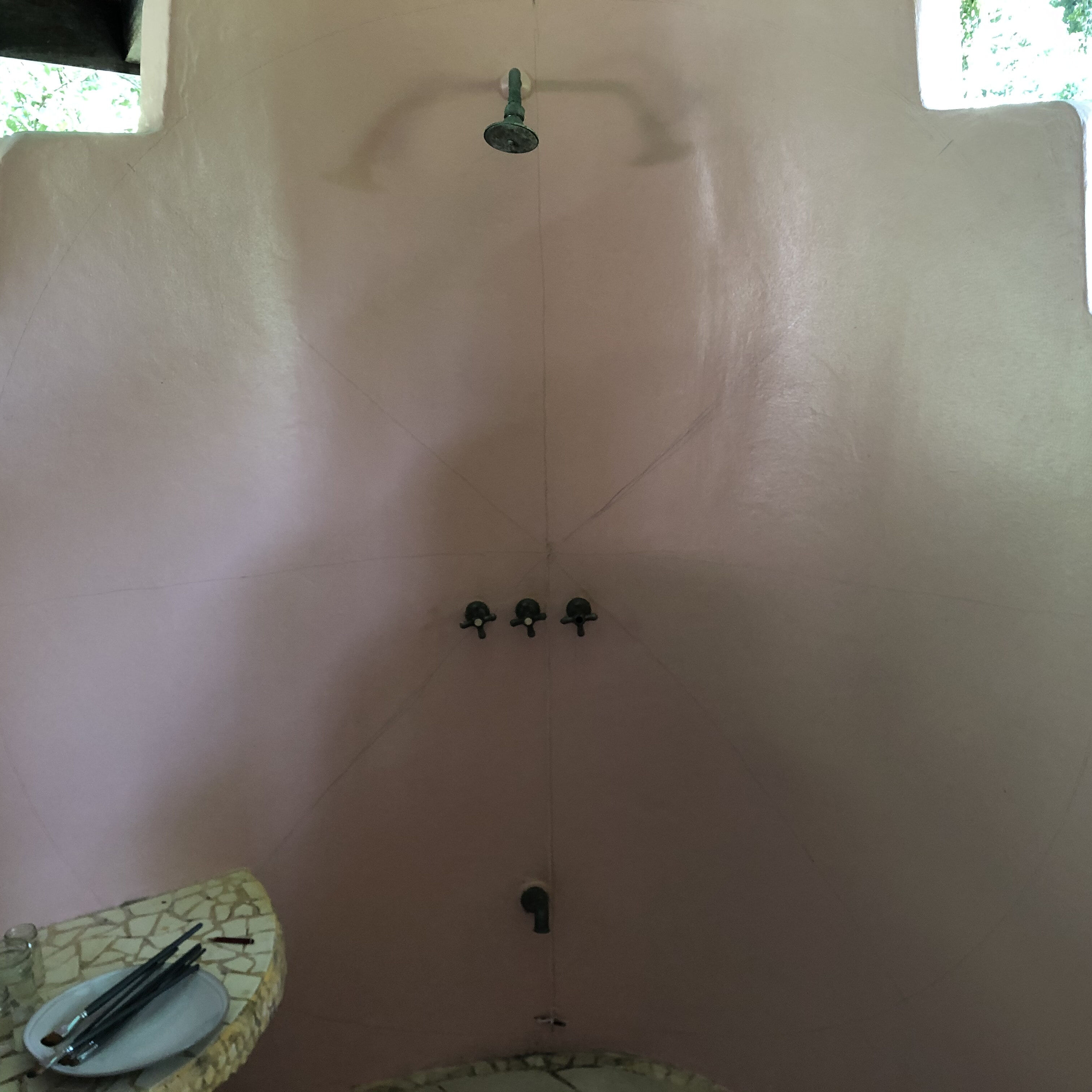 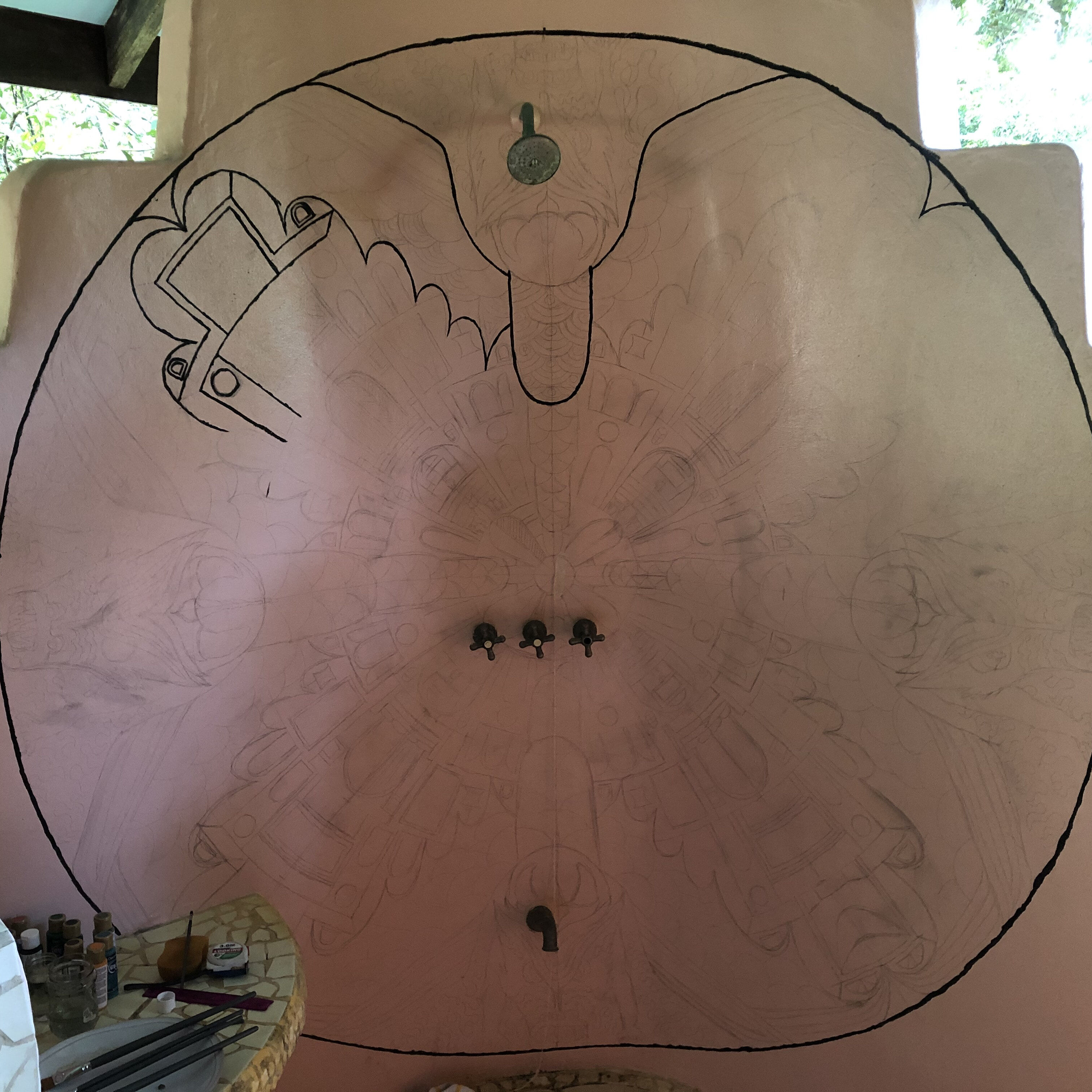 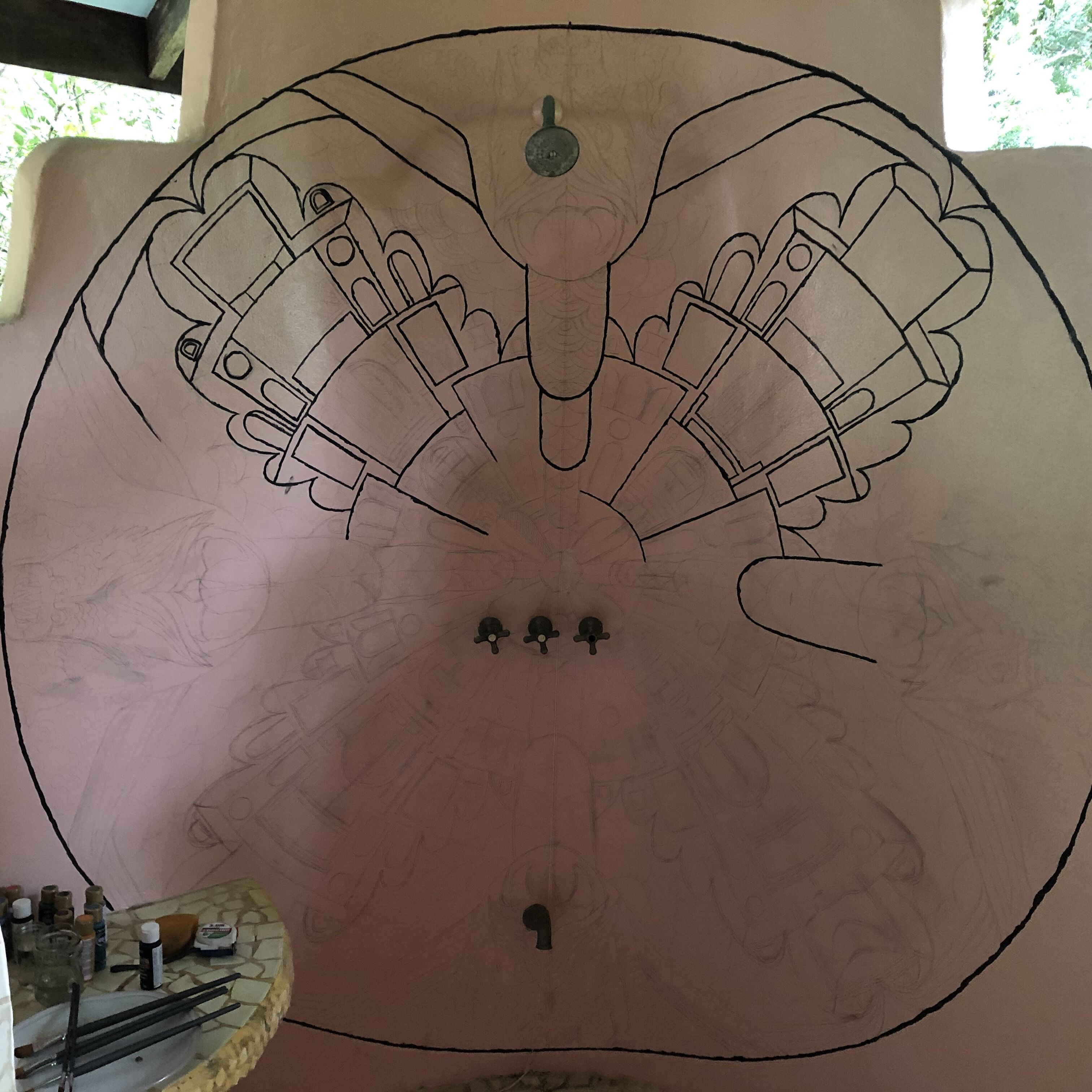 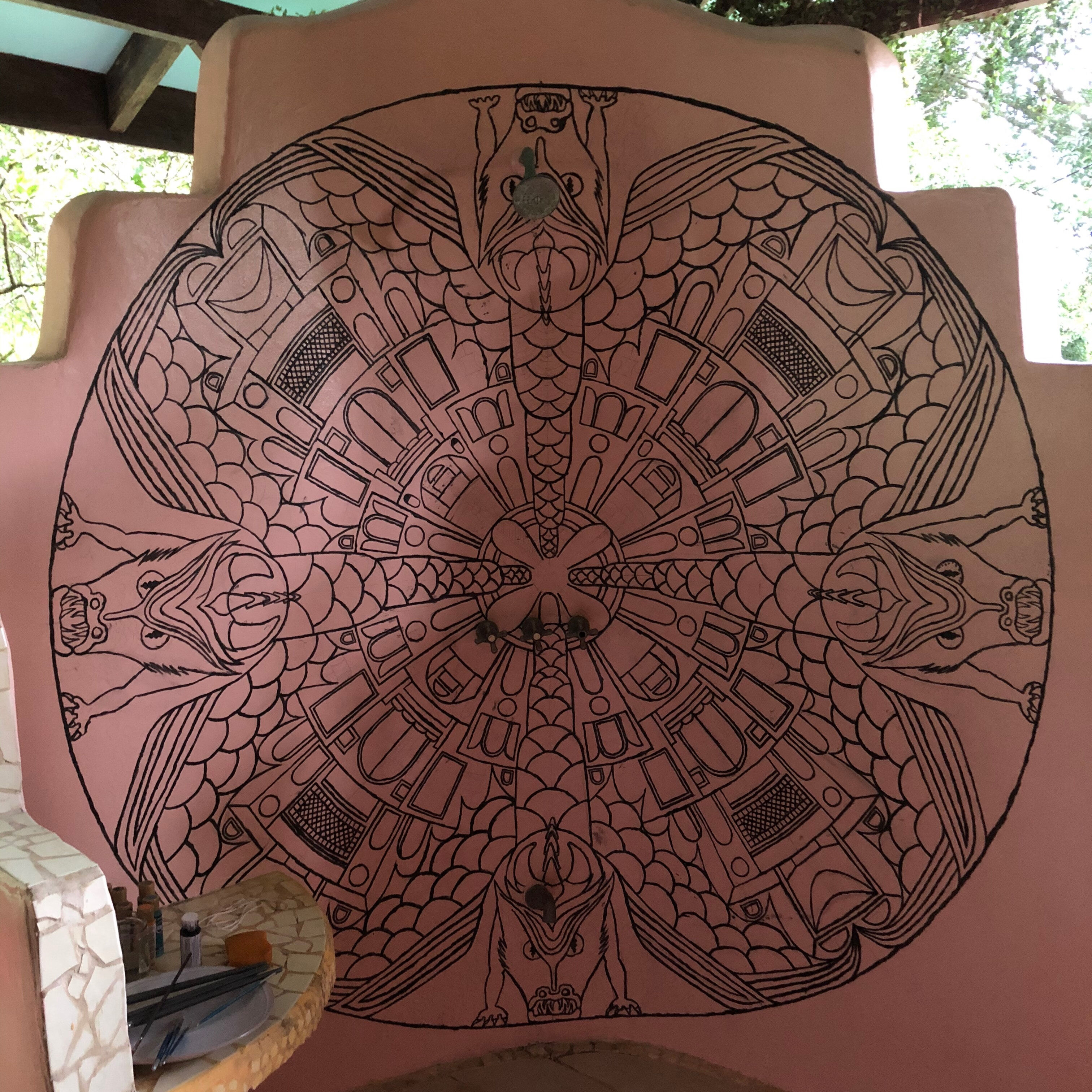 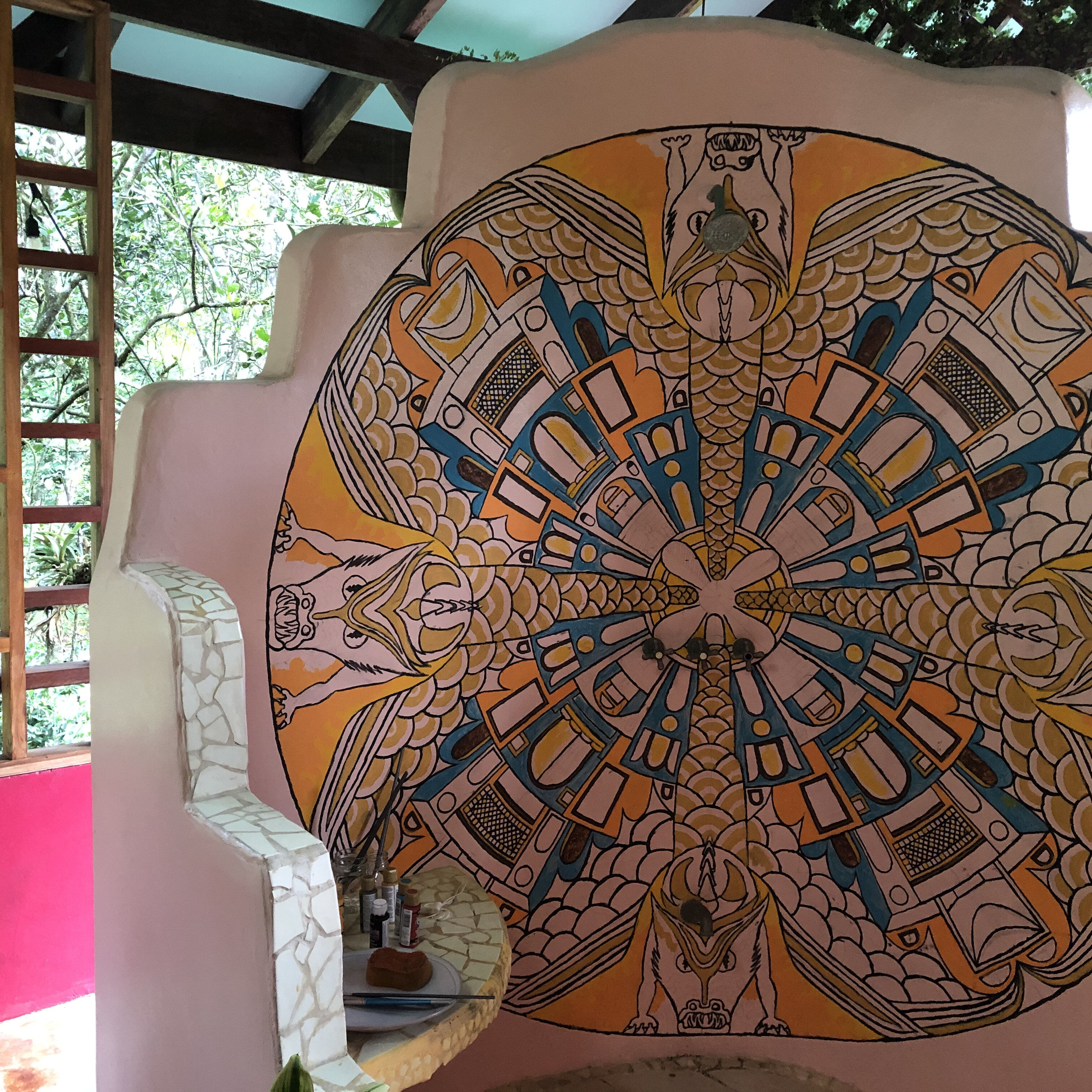 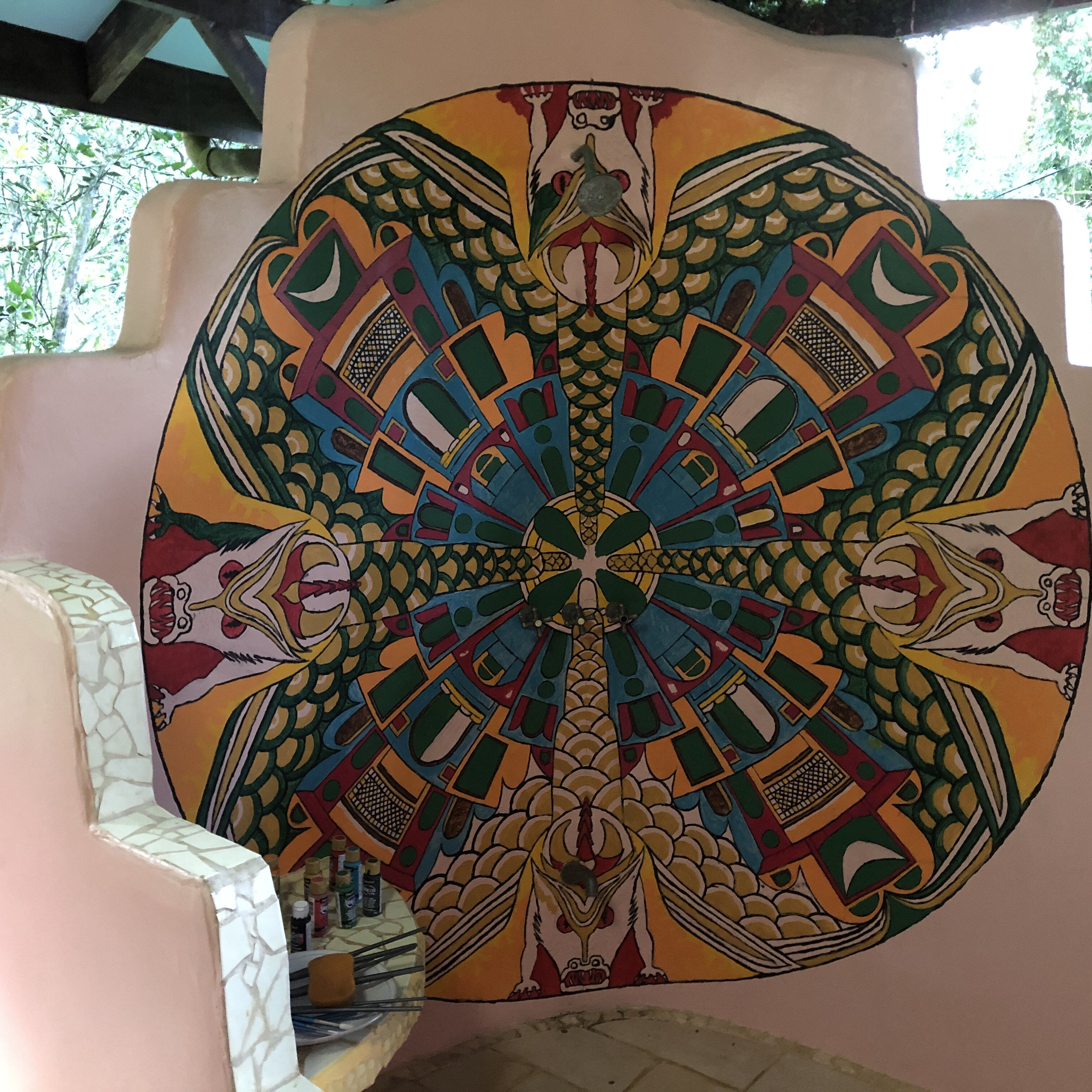 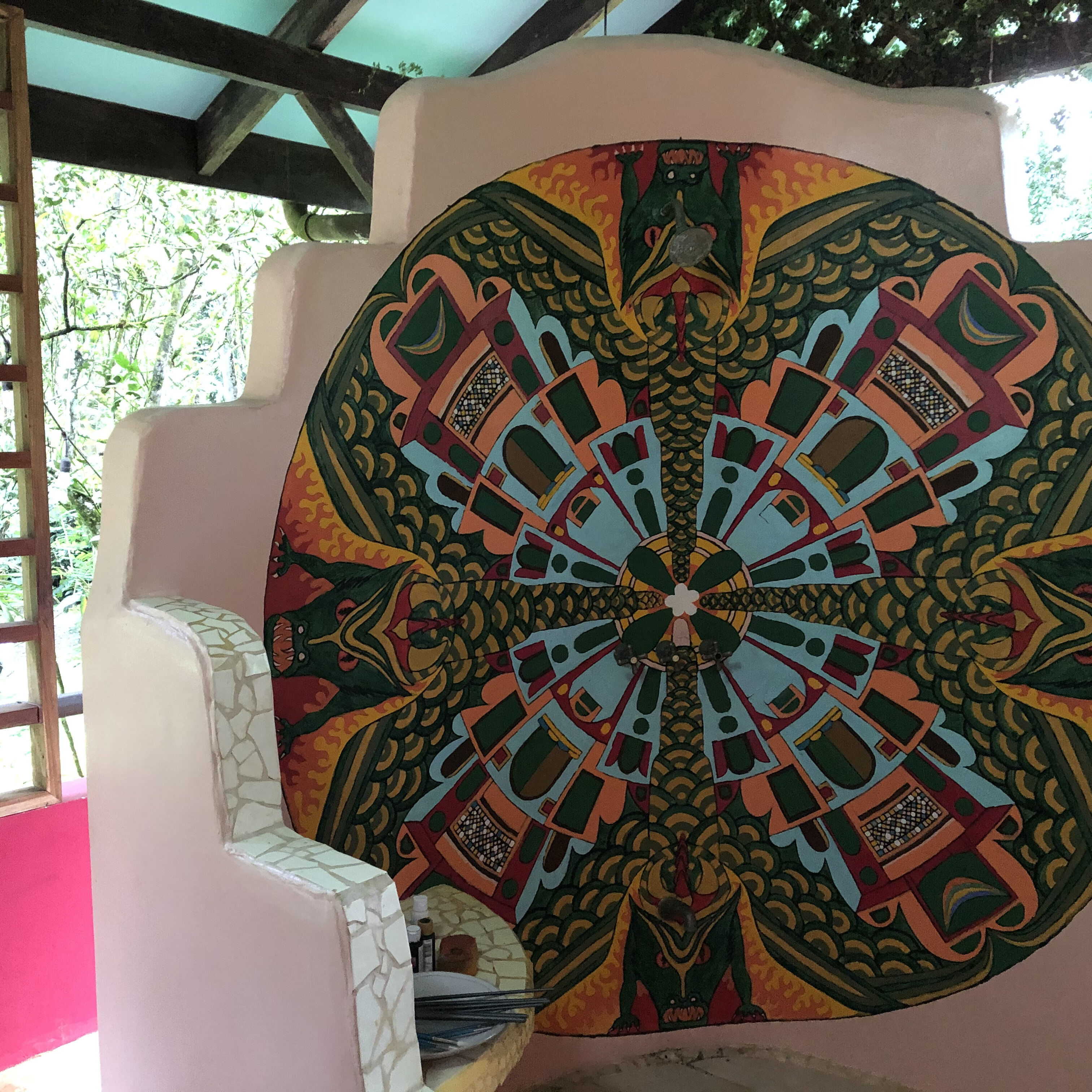 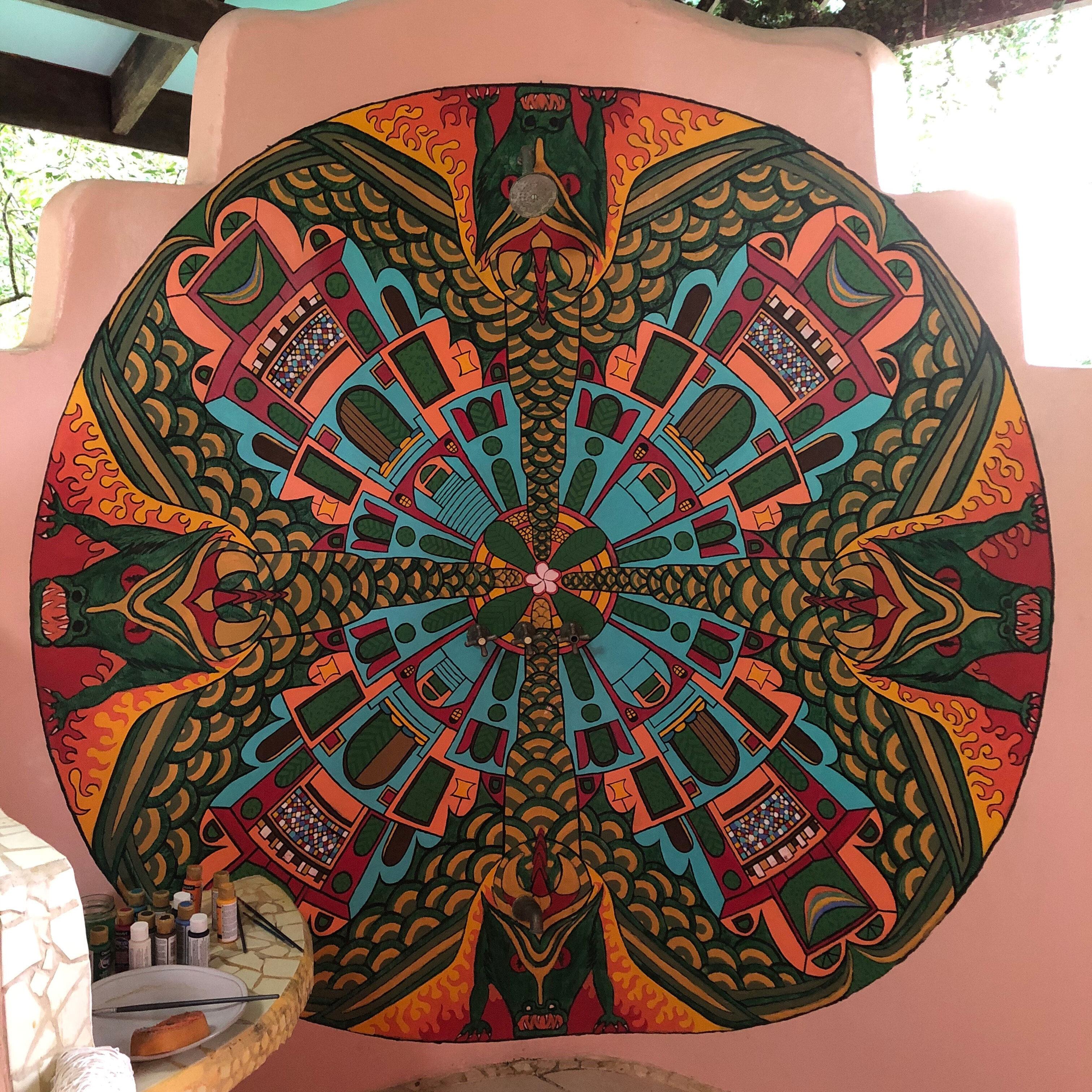 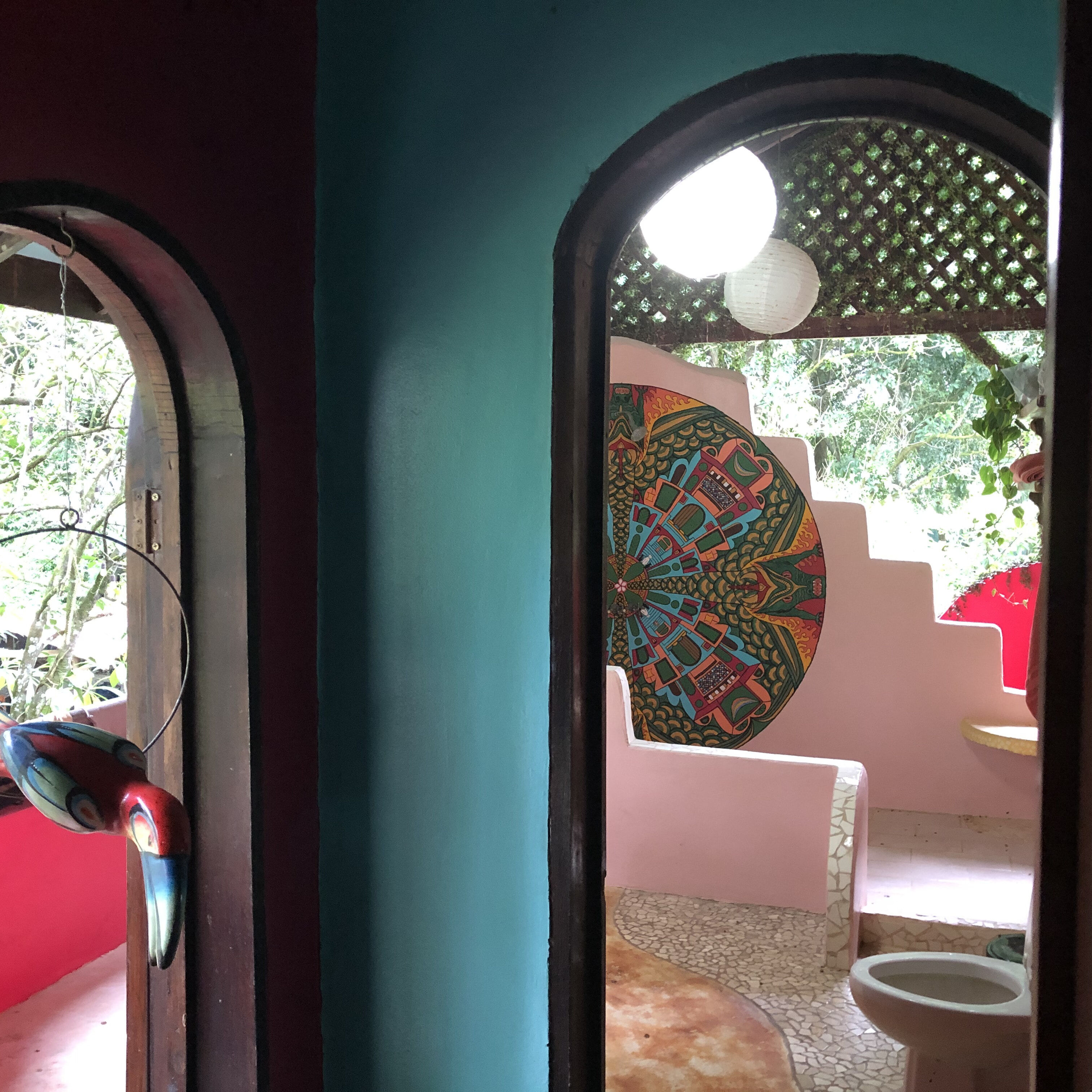