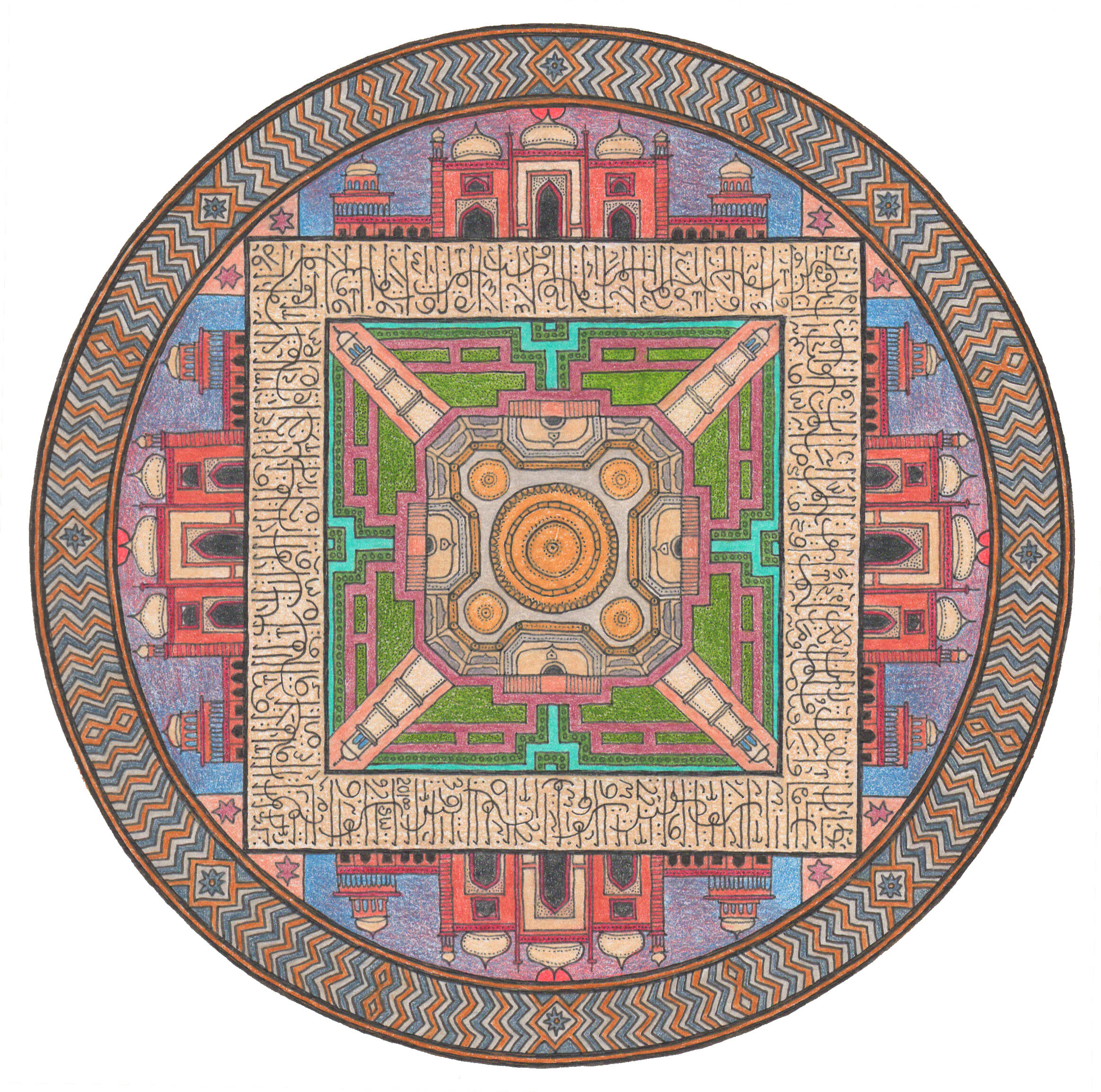 Like so many, before I travelled into New Delhi on a trip to India in 2018, I first popped into Agra, to visit the Taj Mahal. I got up early so I could be at the grounds before sunrise, and hopefully catch a moment inside without too much of a crowd. It certainly was very peaceful for a little while, and the grandeur of the place really had its impact on me, its formal gardens, its pools and general symmetry... and the grandeur of the building itself.

The Taj Mahal is actually a mausoleum, built in 1632 by a Muslim emperor for his favourite wife. When he died 26 years later, it also became his tomb. The Taj Mahal was given World Heritage listing in 1983.