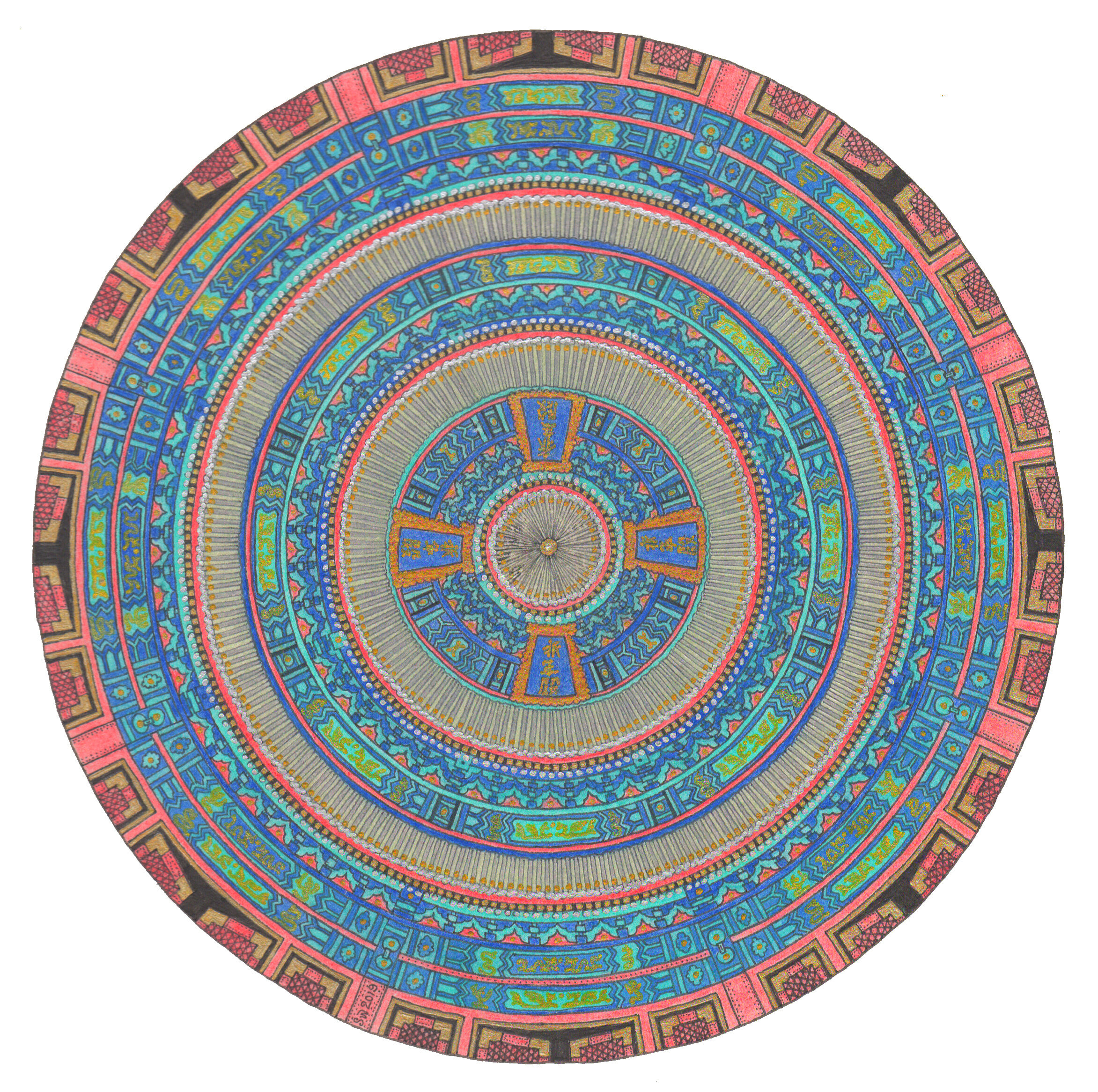 The Temple of Heaven, Beijing, China

The Temple of Heaven was built in Beijing during the Ming Dynasty in the early 1400's. It was built in order for Emperors to participate in annual prayer ceremonies of sacrifice for good harvests. It was given World Heritage listing in 1998 and has been exceptionally maintained. It's not as big as you might think, it wasn't built for crowds or a large congregation. But it certainly is both ornate, yet minimally furnished within, which gives it a spacious and serene feel.

There are actually 3 other related temples in Beijing, including The Temple of The Sun, The Temple of Moon and the Temple of Earth, each in different directions from the centre of old Beijing.

For me, a mandala artist, it's circular layout lent itself very well!