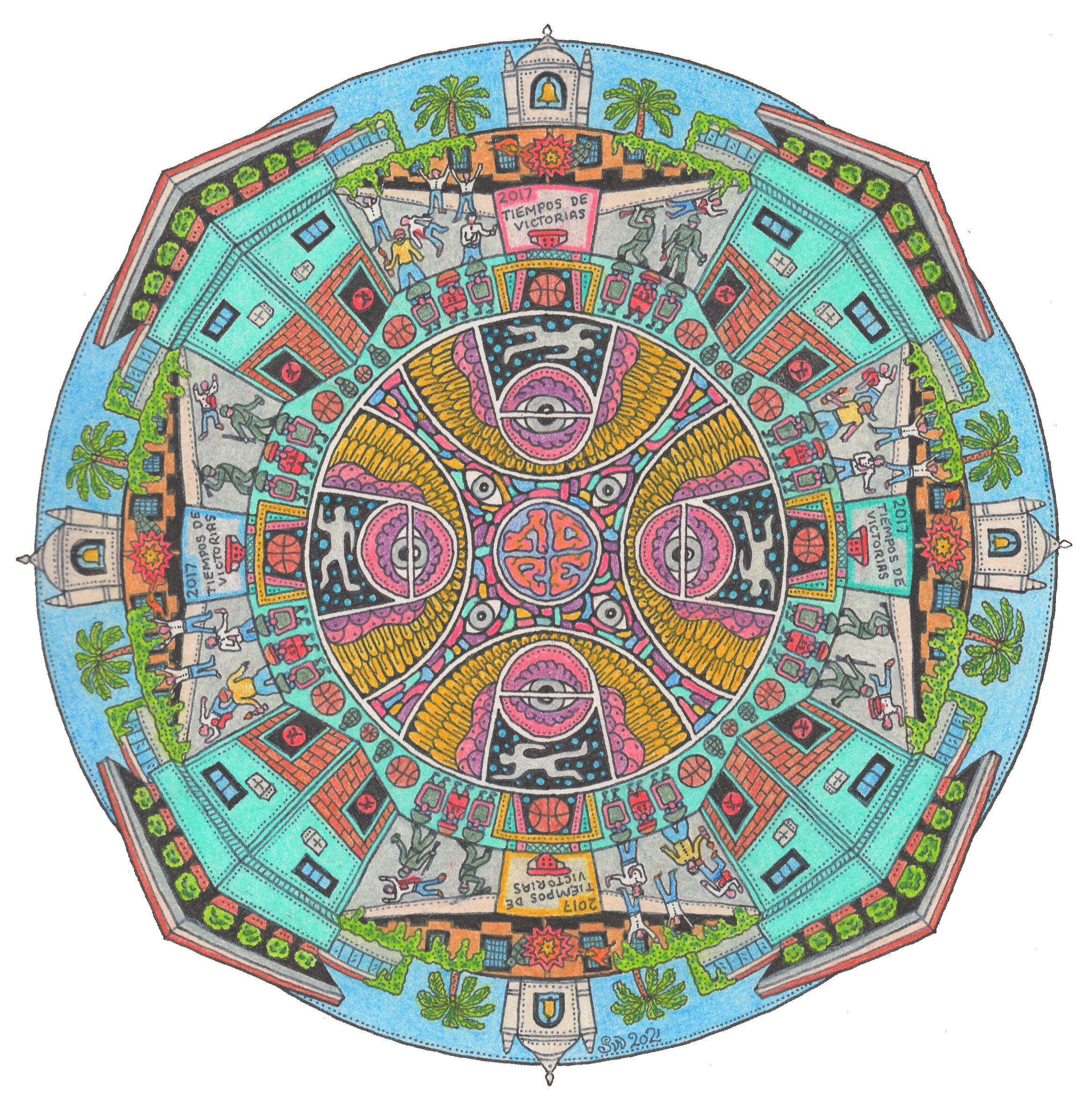 On July 23, 1959, the Nicaraguan National Guard killed 4 students and injured over 60 others during a protest for democracy. Within 2 years, a revolution had begun that would last almost 30 years. This same fight has resurfaced time and time again, the country still searching for unity. Some years ago, a memorial to this day was erected beside the public basketball court and this is a great example of why public courts are so awesome. This one is such a cultural hotspot, often busy with people playing half court ball, maybe a few skateboarders refining their tricks, perhaps a soccer match and some fantastic imagery painted on its walls, including a large mural that clearly shows the fighting in the streets, a tribute to an important and tragically historic day.

Plus, it’s just around the corner from one of the most unexpectedly enormous and magnificent buildings you’ll find anywhere, the Leon Cathedral. All white marble within, it has a light, heavenly quality to it that you just won’t find in one of those gothic things.